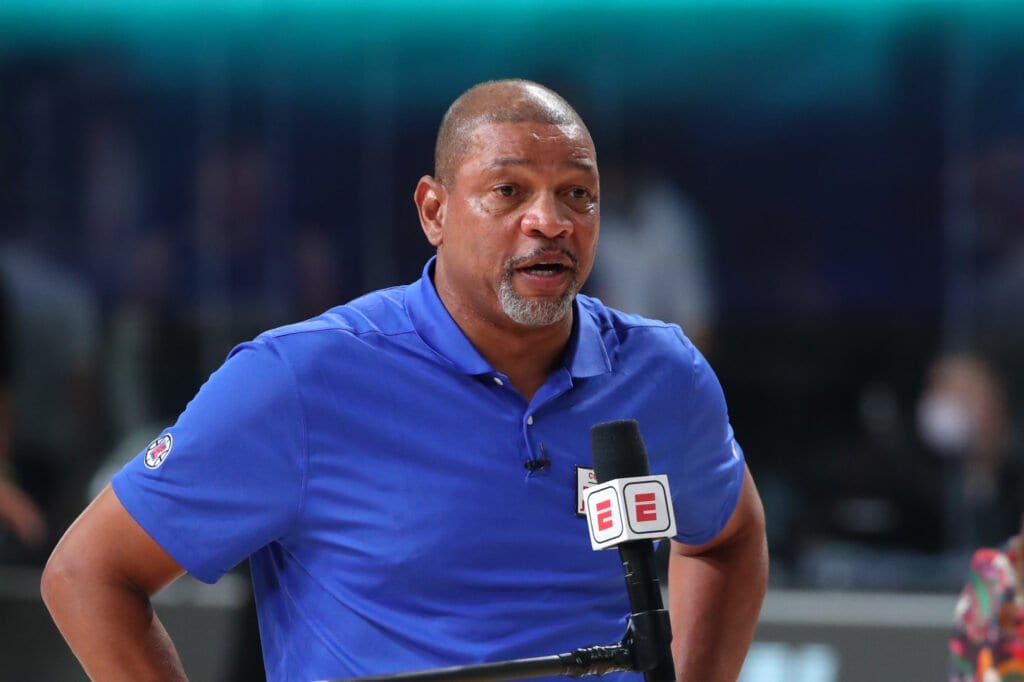 Doc Rivers has an esteemed coaching CV – one of the best in the NBA, so when it was announced the LA Clippers no longer required his services next season, the rush to get in Rivers’ ear from potential landing spots was rapid.

The team that won the race for him, the Philadelphia 76ers, have landed a veteran coach with championship experience, and one of the winningest records in league history. It is a safe and stable move from the Sixers, who had a tumultuous 2019/20 season, that ultimately ended with a first round sweep at the hands of the Boston Celtics.

Despite this, they have a talent laden roster with significant upside under the right hand. Rivers says that was the main reason he signed so quickly with the team on a reported five year contract.

“I love coaching. I absolutely love it,” Rivers said.

“But I was not going to just coach anybody, I can tell you that. I was ready to take a break. It just depended on the team that was available, and if that team in my opinion was ready to win.”

Rivers stated that three teams all got in touch with his agent within a day of the news of his release from the Clippers, but that the Sixers were comfortably his preference – and that the talent on their books was irresistible.

“When [The Sixers] called, it was an easy ‘Get on the plane and take a look’ for me,” Rivers said.

“You look at these players, these young players, and their potential [and] the fact that they’ve had so much success in so many ways at the ages they are already, and where I think they can go, for me it’s a job you just couldn’t turn down. I’m just really excited about it.”

When quizzed on the much storied relationship between all-stars Ben Simmons and Joel Embiid, Rivers said he was going to do his best to make it work.

“They’ve won 65% of the games they’ve played together,” Rivers said.

“It clearly works when they play together, [and] this team is loaded with talent. We just have to figure out how to make it work the best.”

Continuing more specifically, Rivers was questioned about Simmons’ reluctance to shoot, and Embiid’s tendency to be hurt and seem out of shape and unmotivated for parts of the season.

“Having coached Kevin Garnett and so many different levels of bigs [I’ve learnt lots]. In this generation, that level has changed even more now that they’re out shooting 3s and, in some cases, even running the offense of teams,” Rivers continued.

“I think Joel can do all those things. Watching him on film the last couple days is exciting, I can tell you that. I remember a game, I think it was three years ago, in L.A. that he came in and had a dominant performance. I think he is a dominant big man, and will be a dominant big man for me.”

On Simmons, Rivers was steadfast in his faith of the Australian guard’s talent.

“I’m not that concerned [about the lack of a jumpshot] like everyone else is,” Rivers said.

“I really am not. I’m concerned about figuring out the best way to win and if it takes doing all that, then we’re going to figure that out.”

“I’m so much more concerned about team scoring than about individual scoring. Individuals can create scoring, right, and Ben has proven that he’s a guy that can create scoring whether that’s him doing it or him creating scoring for anyone else on the team. But this is what I know about Ben: He’s an All-Star, he’s an all-defensive player.”