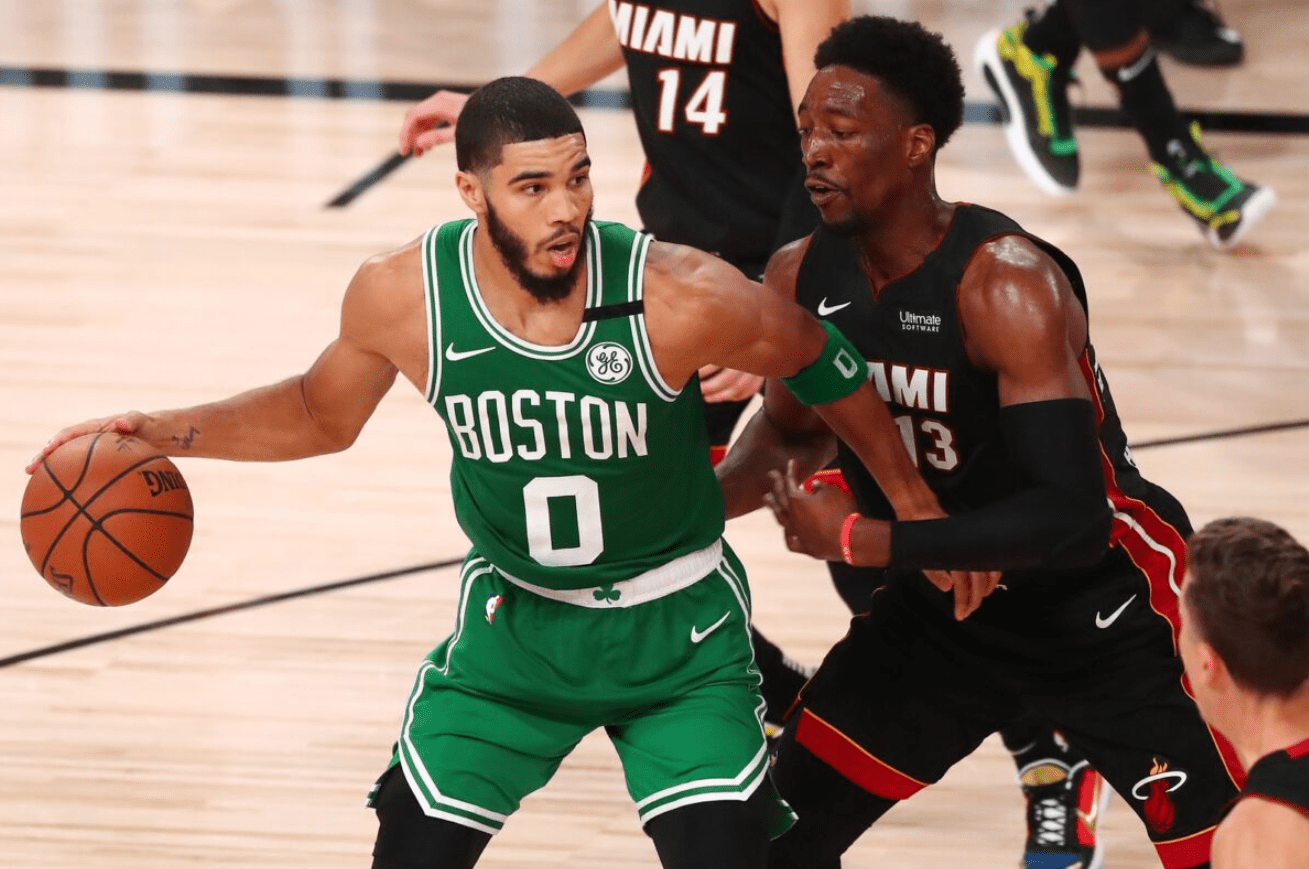 The Boston Celtics have kept their season alive, coming back from a 12-point deficit to run over the top of the Miami Heat 121-108.

Jayson Tatum was the hero for The Celtics, scoring 17 points in the third quarter, as he filled up the stat sheet –  contributing 31/10/6. Jaylen Brown also had 28 points, whilst Kemba Walker, Daniel Theis, Marcus Smart and Gordon Hayward all scored in double figures.

The Heat started in a mood, jumping out to a 10-point lead courtesy of the hot hand of sniper Duncan Robinson (20 points) who had 12 points in the first quarter.

Erik Spoelstra’s men kept pace in the second quarter, too, as Jimmy Butler (17 points) and Goran Dragic (23 points)  kept the scoreboard ticking over.

It was the third quarter that swung things in Boston’s favour, though. Playing for their season – Jayson Tatum and Jaylen Brown were phenomenal, pouring in bucket after bucket, as the Celtics outscored the Heat by 16 (41-25).

At that point, the seven point Boston half-time deficit had turned into a fourth quarter nine point lead, and they wouldn’t look back.

The Heat couldn’t make a run, as Boston kept their foot on the gas – kicking away to win by 13.

For the Heat, their three point shooting was to blame, going 7/36 from beyond the arc. Coach Spoelstra and his chargers will look to regroup before a big game six matchup, as Boston look to win two on the trot and take it to a deciding game seven.