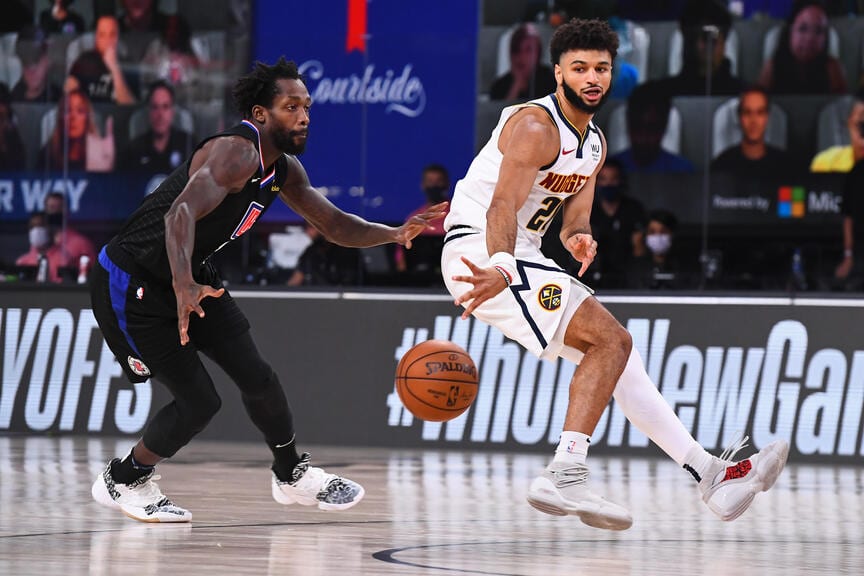 Well ladies and gentlemen, they’ve gone and done it again.

The Denver Nuggets have defeated the LA Clippers 104-89. With the win, they have advanced to their first Western Conference finals in 11 years. That makes them the first team in NBA history to come back from two 3-1 deficits in the same playoff run.

The game was dubbed as a battle between the star duos – Kawhi Leonard and Paul George for the Clips, and Jamal Murray and Nikola Jokic for Denver. The former pair went missing, and the latter twosome stepped it up big time – pouring in two respective all-time performances to comeback from 14 points down in the second quarter to lead their team to the game seven chocolates.

Murray had the hot hand almost all night, hitting a number of clutch buckets (including a big fourth quarter dagger) on his way to 40 points, whilst Jokic’s all around game was at its absolute peak, as he went off for a big triple double (16/22/13/2/3).

Heading into this game, the Nuggets were no strangers to game seven matchups. , including last year, they have now played in five straight series that have gone the distance. Yes, five. That is the first time in NBA history that that has happened, and more impressively, the Nuggets are now 6-0 in games this playoffs when facing elimination.

On the flip side, the Clippers had a woeful record in game seven fixtures to advance to the Western Conference Finals leading into the game (0-7 all-time), and they fell to pieces in the second term – scoring only 28 points in the entire frame as Denver ran away with it to blow them out by 15.

That Clippers record is now 0-8.

Related Article:  Blake Griffin Is Expected to Sign With Brooklyn Nets for shot at title

The game started a little strangely, with five offensive fouls called in the first six minutes of the contest. Both teams were feeling each other out, and looked like they were making a concerted effort to get inside for the majority of their looks.

As the floor spaced out slightly, the Clippers went all in on doubling Jokic – daring Denver’s other players to beat them. Jamal Murray answered accordingly, exploding in the second quarter for 20 points (he had 25 at the half), as the Clippers led by two (56-54) heading into the main break.

The third quarter was all Denver, however, as Jokic’s work on the glass and passing game elevated to another level. The Nuggets role players started making their open looks, and the Clippers couldn’t get anything to fall. A 15-point swing ensued, and LA ended up being  outscored by 10 points in the term. At the end of the third, Murray had 28 points, and Jokic had already logged a triple double with 12/19/11, but his four fouls were a point of concern.

As the commentators said on air at the start of the fourth ‘Kawhi Leonard and Paul George had to make it happen,’ and they started the quarter in the worst possible fashion – missing six straight field goals out of the gate. The Nuggets took advantage, going on a 7-0 run to extend their lead to 15 with eight-and-a-half minutes to play.

They then controlled the pace of the game beautifully – with Murray and Jokic pulling the strings down the stretch to lead the Nuggets to the WCF. Paul George and Kawhi Leonard finished with a combined 24 points on 10-38 shooting.

Denver will now face the red hot LA Lakers in what should be a bumper series.