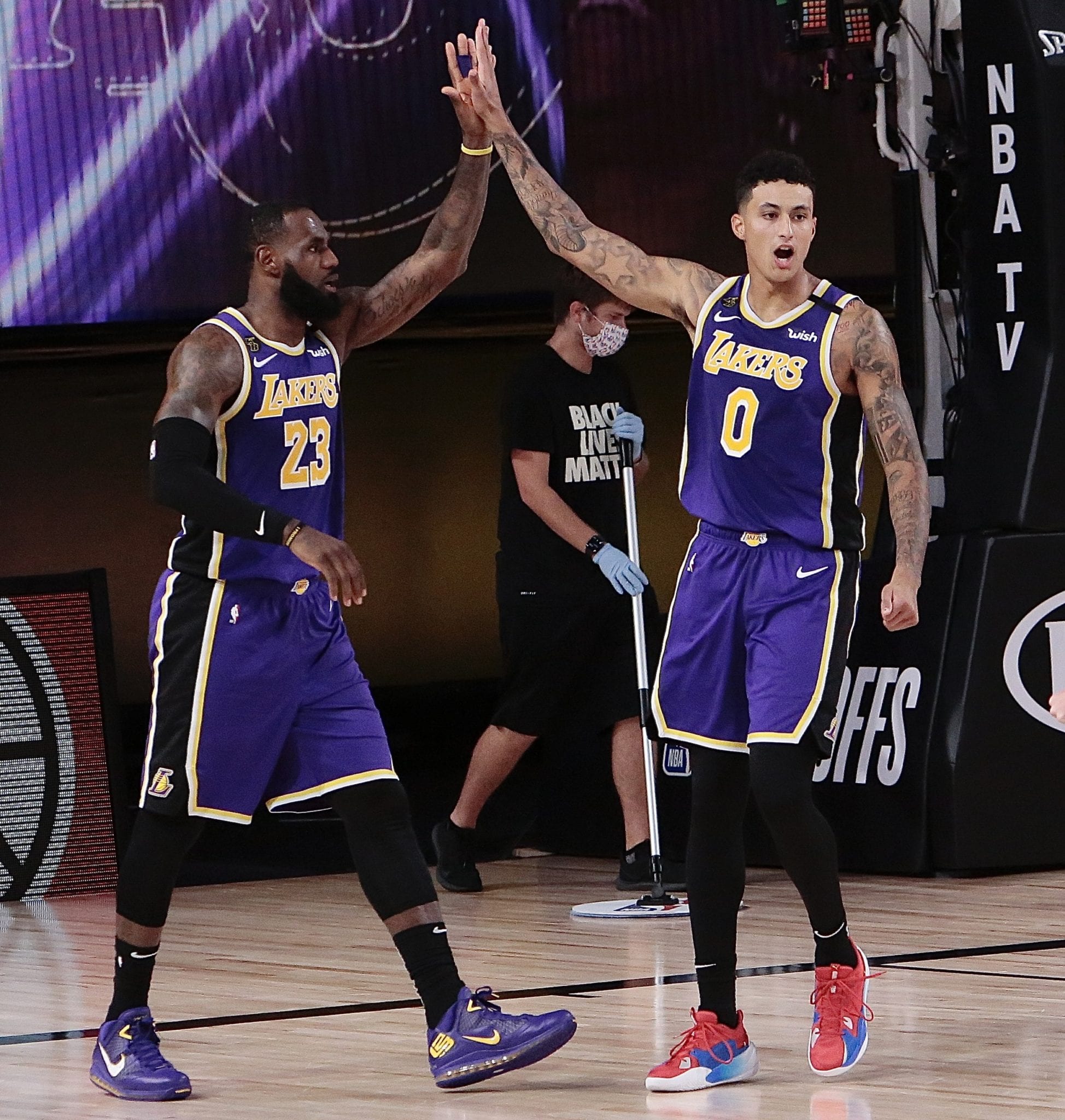 If you open up your social media feed after a Lakers win over the Rockets, you’ll often be greeted with highlight clips of LeBron James throwing down a hammer dunk, or Anthony Davis putting one of his defenders in a spin cycle for a fadeaway jumper. However, the unsung hero for the Lakers this playoff run has been their stifling defence, which head coach Frank Vogel says is as powerful as having a third all-star on their roster.

“That [our defensive ethos] is as powerful a weapon there is in one of these playoff runs. It’s as powerful as a superstar,” Vogel said.

“If you have an elite defense, that can be your third star, so to speak.”

Houston shot below 44% from the field in game four, and James Harden was only able to make two field goals on 11 attempts in the entire game. He shot 20 free throws, but still finished with only 21 points (just more than half his 34.3ppg average from the regular season).

LeBron James also touched on his team’s defensive efforts, and expanded slightly on how they were trying to wrangle the offensive life out of the Rockets phenom.

“James [Harden] is probably one of the best offensive players that we’ve ever seen in this league,” James said.

“We’re just trying to eliminate anything that we can from him, because he can score from [anywhere],” James continued.

He gets into the paint with his runners, with his floaters. Obviously, he’s got the step-back. He’s got the 3s in transition. He has his catch-and-shoot 3s when he’s off the ball. And like I said, he’s very tricky with his moves in the paint, where he gets to the free throw line. So we’re just trying to take away some things. We can’t take away everything, because that’s how great he is offensively. We try to follow the game plan and see what happens from there.”

From a statistical standpoint, the numbers pack up the theory in a big way. In game four, the Lakers trapped Harden 17 (yes, 17!) times in the pick-and-roll. In those possessions, they averaged just over 0.7 points per possession (for reference, Houston averaged 1.13 ppp in the regular season).

By blitzing the screener and getting a body over the top of the ball screen, the Lakers defence is able to double Harden, meaning he has to find a quick pass, or a tricky get-out move to keep the offense flowing. Often it leads to a Houston turnover, and when executed properly, it makes life extremely difficult for both Harden, and his supporting cast.

“When you have the confidence you can go four, five, six possessions where you’re just squeezing the other team’s offense, getting stops and then with our ability to run the floor with LeBron James being the quarterback of that action and being in attack mode, we have strong belief in what we can accomplish as a group,” Vogel said.

The Lakers can advance to their first conference finals in a decade with a win tomorrow.