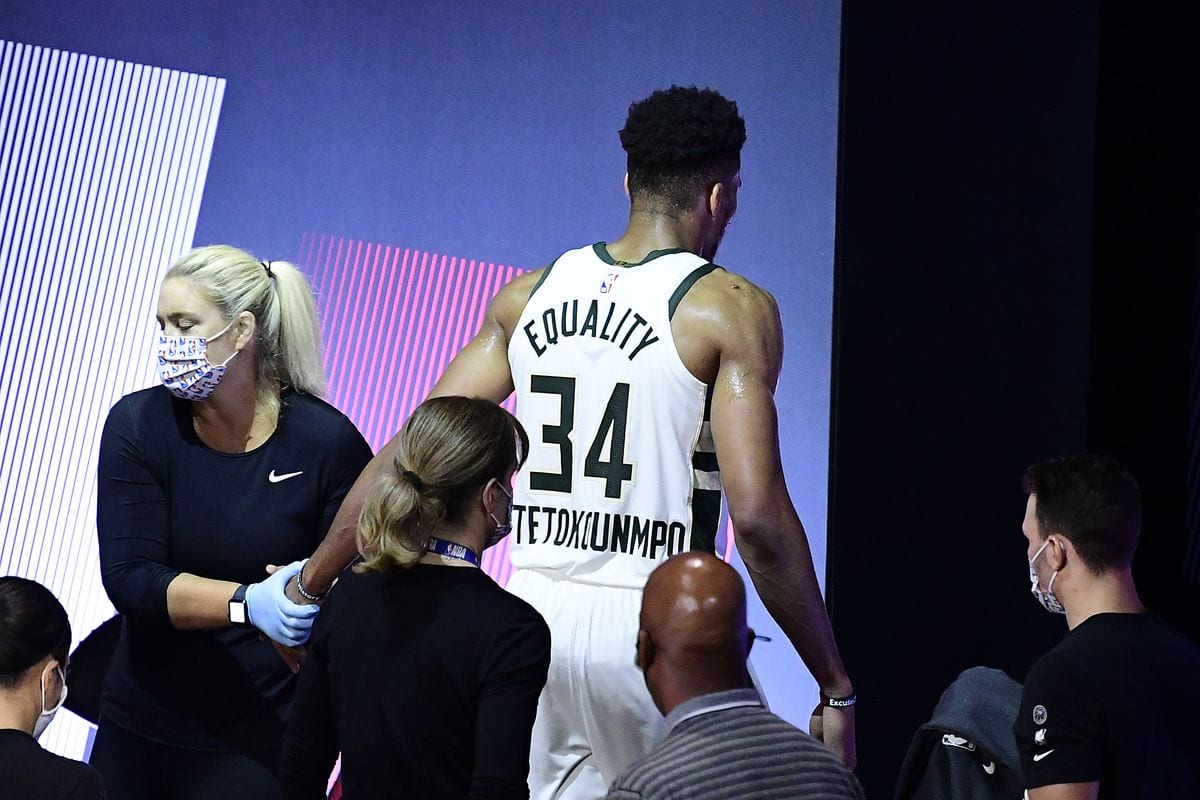 The Bucks will give reigning MVP Giannis Antetokounmpo until the final hour to prove his right ankle is good to go for Game 5, with the organisation officially listing him as questionable for the matchup.

It would be a huge loss for the Bucks who are fighting to keep their season alive. They currently trail the red hot Miami Heat 3-1.

Coach Mike Budenholzer said the staff is working overtime with Antetokounmpo to do everything in their power to allow him to suit up.

“Giannis is getting treatment around the clock, doing everything he can to make himself available,” said Budenholzer.

“On the court, we walked through a couple defensive things, a couple offensive things, just kinda stationary in the half court; he was able to participate in that. It wasn’t much, so I wouldn’t read too much into that.”

It will be a tough decision either way. Antetokounmpo was eager to return to the floor in game four after injuring the ankle, but it was reported after the contest that he couldn’t plant on his ankle, or jump off it.

“I know how hard he’s gonna work. I know how hard our sports performance group’s {going to} work. It’s just impossible to say, but I guess there’s hope,” Budenholzer said.

“We’re not ruling him out, so I guess until he’s ruled out, you have hope. Again, he’s {going to} do everything he can to make himself available, and we’ll just see how the next 30 hours go.”

If he was to miss the contest, it would be the first missed playoff game of his entire career.