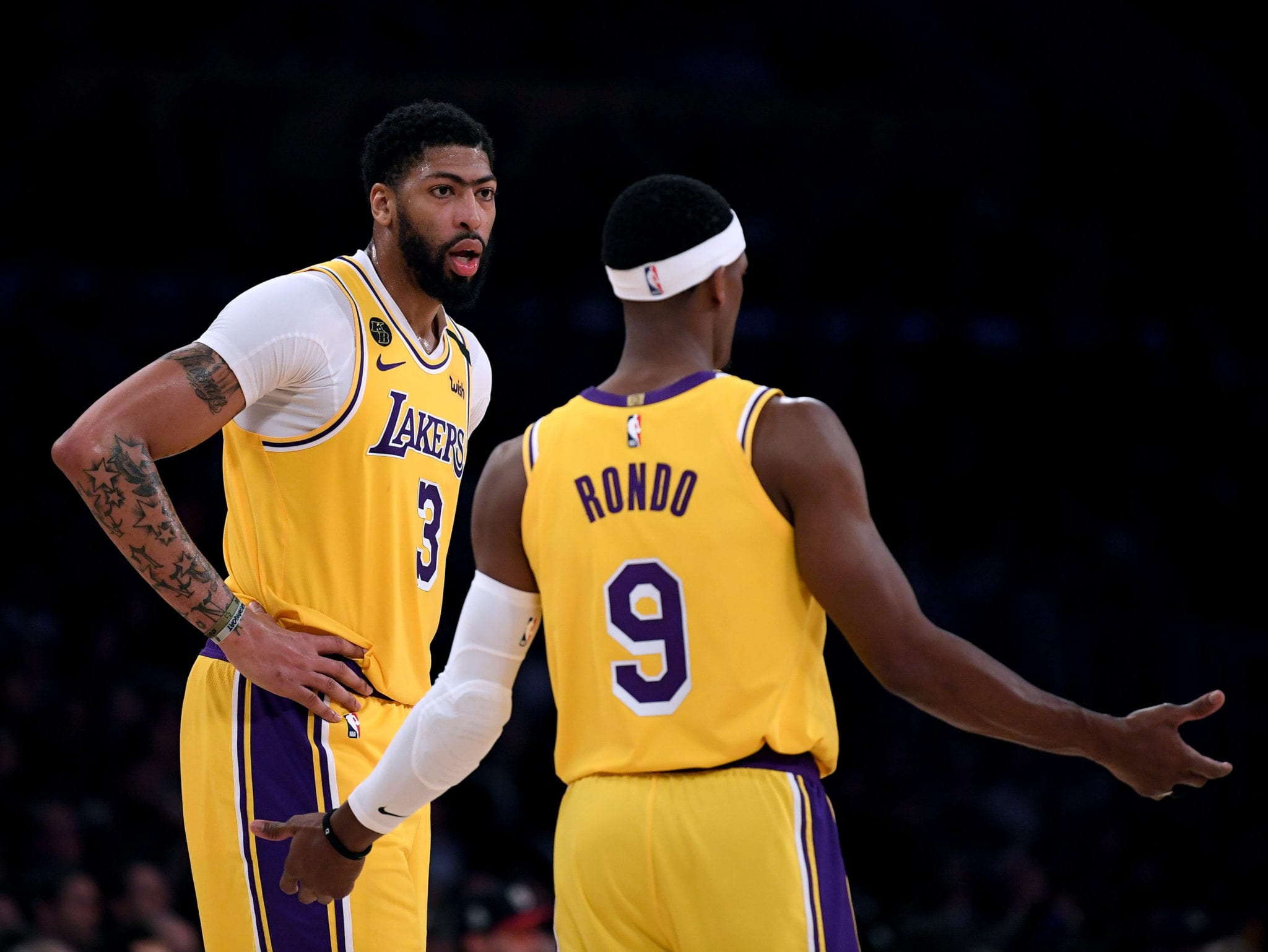 Lakers coach Frank Vogel and All-Star forward Anthony Davis have come to the defence of veteran point guard Rajon Rondo after a tough return to the floor in their 112-97 game one loss to the Houston Rockets.

Despite chipping in with eight points and four assists, Rondo had four poor turnovers and was a -10 when on the floor. Coach Frank Vogel praised Rondo’s game smarts after the game, and backed him to bounce back in subsequent hit outs.

“Rajon is one of the smartest players in the league, and obviously our guys’ IQ raises when he’s on the court, so he’s definitely going to help us this series,” Vogel said.

Rondo’s time in the bubble has been cursed. He was late to join the team, and then broke his thumb in one of the team’s first practices in Orlando. He was then slated to return in the Lakers’ first round matchup against Portland, before experiencing back spasms which held him out of that entire series.

The Lakers loss was slightly perplexing, especially when considering the lineup they opened the fourth quarter with. Vogel trusted LeBron James, Rondo, Dwight Howard, Kyle Kuzma and Markieff Morris with the keys, and the Rockets made them pay, shooting out to a nine point lead, which they didn’t look back from.

“It is a challenge working in a new player at this stage in the playoffs,” Vogel said.

Vogel wasn’t the only person to jump to Rondo’s defence, with Anthony Davis playing down any issues to do with the Lakers guard.

“He’s a great player and a very cerebral player, so he knows the game very well. I don’t think it’ll take that much time to get him back acclimated with the team,” Davis said.

He also noted that jumping back in to game speed and the intensity that comes with that made it a tricky task.

“Game conditioning is tough and when you haven’t played, and then your first game is in the Western semis. We’ll get him back acclimated with the team and just try to play from there,” Davis continued.

He finished by noting that Rondo’s return took some of the play making weight off LeBron James’ shoulders.

“[Rondo coming back is] is good for us because it kind of gives Bron a break,” Davis said.

“He’s trying to make plays for others, be in attack mode. So it gives Bron, it gives him a break with Rondo on the floor, let Bron kind of be that guy who can catch it and work on attacking. And Rondo’s able to get into the paint and make plays in response, so it’s beneficial to us to have him on the floor,” Davis finished.