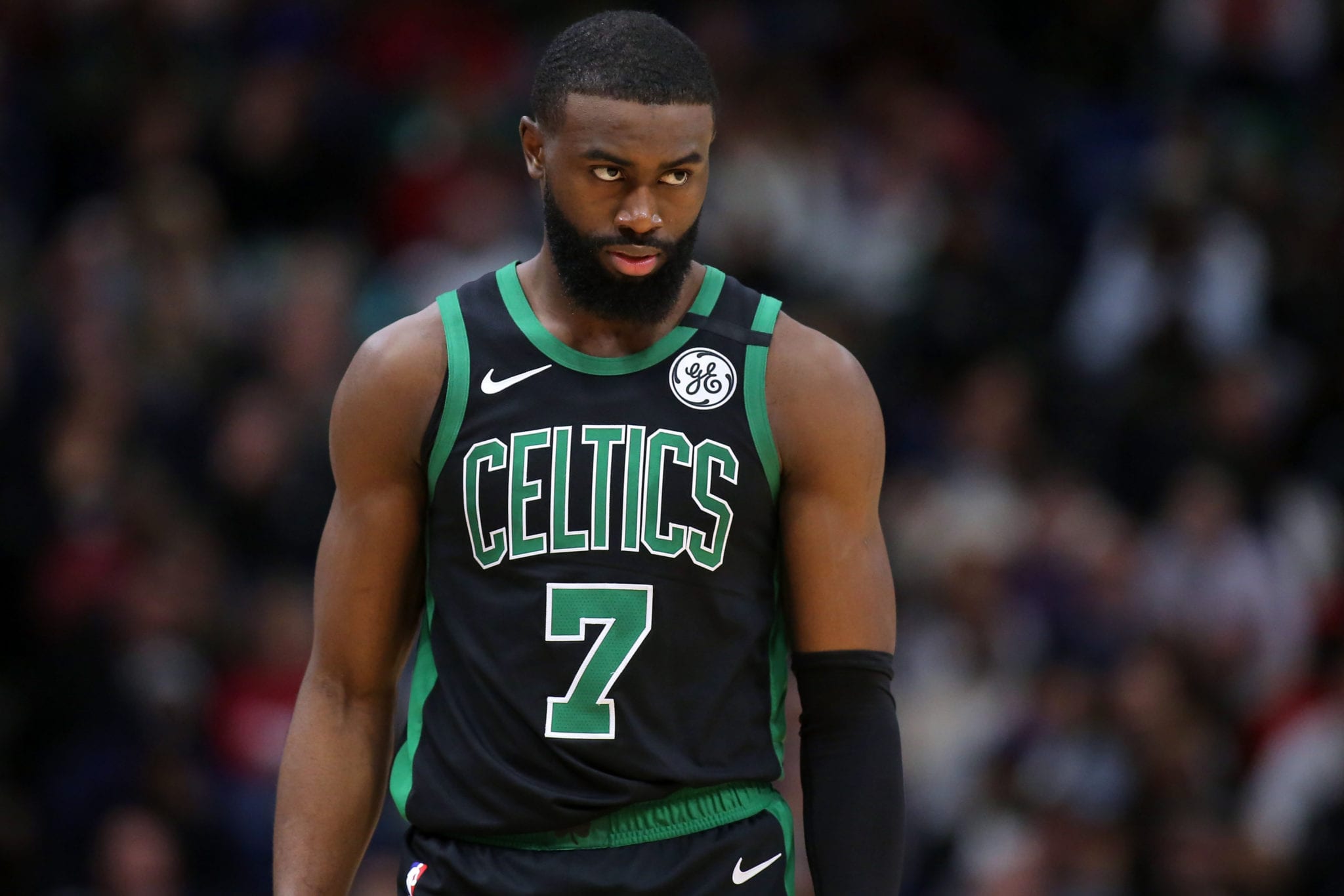 Boston Celtics star Jaylen Brown has cast his own personal doubts on whether or not NBA owners will follow through with the various social justice pledges made in the wake of the NBA boycott and meetings over the last few days.

Speaking on an online conference call yesterday, Brown was quick to call into question the promises that have been made.

“I think promises are made year after year. We’ve heard a lot of these terms and words before. We heard them in 2014, ‘reform,’ Brown said.

” [And] We’re still hearing them now. A lot of them are just reshaping the same ideas and nothing is actually taking place. Long-term goals are one thing, but I think there’s stuff in our wheelhouse as athletes with our resources and the people that we’re connected to that short-term effect is possible as well.”

Brown has long been touted as one of the most intelligent and thoughtful players in the NBA when it comes to social issues, and it was reported that during Wednesday night’s emotional meeting of players and league officials in the bubble, he was one of the players who asked the group whether they would actually go and protest and try and force change when they got home, or whether they would sit from afar and simply observe.

“People were dying in 2014, and it’s 2020 and people are still dying the same way. They keep saying ‘reform, reform, reform,’ and ain’t nothing being reformed. I’m not as confident as I would like to be,” Brown continued.

A key point in Brown’s push-back against the owners revolves around his belief that they are already falling short when it comes to the issue of converting stadiums into voting centres. He said that even though the NBA owners who physically own their arenas agreed to use them as voting spots, the original plan was to have all 29 arenas converted for the November election – not only those owned by teams.

“Initially, when we went into those discussions with the board of governors, every arena was supposed to be the case, not just arenas that were owned by the team that we play for,” Brown said.

“Every arena needs to be open. Voter suppression is real. I don’t understand why that’s a problem or that’s an issue. But every arena should be open, it should be available in access to be able to have people of color, disadvantaged people to feel like they can vote,” He continued.

“It [voting] shouldn’t be this hard. It should be something easy. And yet, there [are] less and less voting polls in certain communities, less and less workers in certain communities. So, I would like to see every NBA team that regardless of what was agreed upon … open [their arena] and I would like to see more players and athletes, people of influence, bring it to their cities to kind of combat that,” Brown said.

He did temper his criticism by praising some of the steps that the NBA have put in place.

“I think the NBA did a good job initially about putting Black Lives Matter on the court, our jerseys have a message behind them, TV timeouts, we’ve done numerous amounts of videos, and it’s still not enough,” Brown said.

“People are still getting killed in the street, and the climate of America is still the same,” he finished.