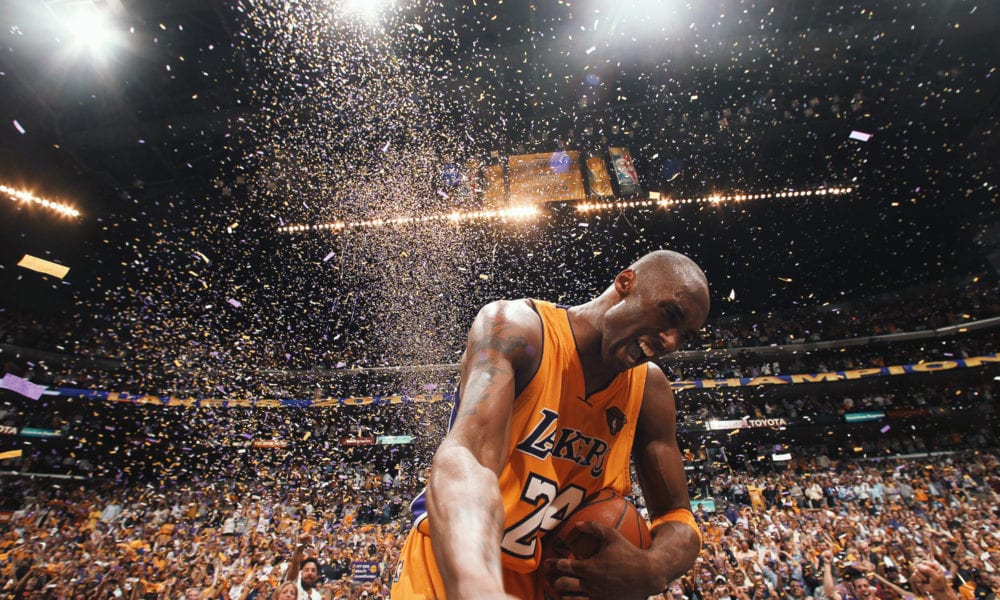 One day after what would have been the late Kobe Bryant’s 42nd birthday, the Los Angeles City Council have announced that a portion of the iconic Figueroa Street (outside the Staples Centre) will be renamed in Bryant’s honour.

Part of Figueroa Street in downtown LA is being renamed to honor the Black Mamba, per @HerbJWesson pic.twitter.com/fBLxQjWxwu

The area will now be knows as Kobe Bryant boulevard – a permanent tribute to the beloved son of the Lakers.

Bryant’s name will forever be synonymous with basketball in Los Angeles, and the naming of the boulevard sits in addition to the labelling of August 24th in Los Angeles and Orange County as Kobe Bryant Day – a nod to his playing numbers (8 & 24) which hang in the rafters inside the Staples Centre.

Bryant’s old franchise wore the memorial ‘Black Mamba’ uniforms for their win in Game 4 of the series against the Portland Trail Blazers on Tuesday.