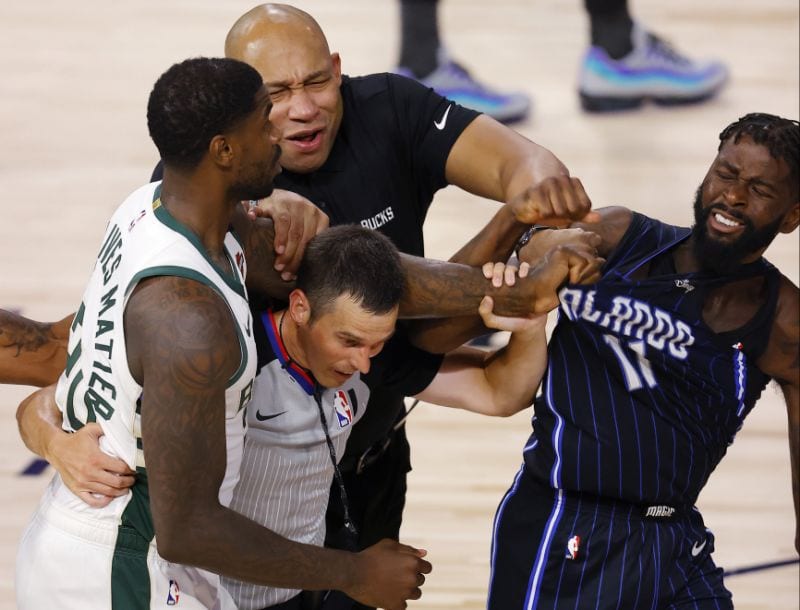 The Milwaukee Bucks and Orlando Magic game borrowed some moves from the WWE in their game three matchup of the first round of the Eastern Conference playoffs.

The incident occurred mid way through the third quarter, when Marvin Williams (Bucks) and James Ennis III (Magic) got tangled up competing for a rebound. Ennis took offence to what he deemed as unnecessary extra-curricular activity from Williams, and appeared to bump the Bucks forward as he turned to run up the floor.

James Ennis and Marvin Williams got into it 😳 pic.twitter.com/mHdXwjzDky

Ennis appeared to throw a punch in the melee, as Bucks assistant coach Marvin Ham tumbled to the ground trying to break up the contact. Realistically, he very well could have been trying to shake off the hands gripping his forearm – but timing is everything, and the footage paints a nasty picture.

The fracas was little more than a distraction for Milwaukee, who kicked away to record an easy 121-107 win. They now lead the series 2-1 after the Magic’s shock first game victory.