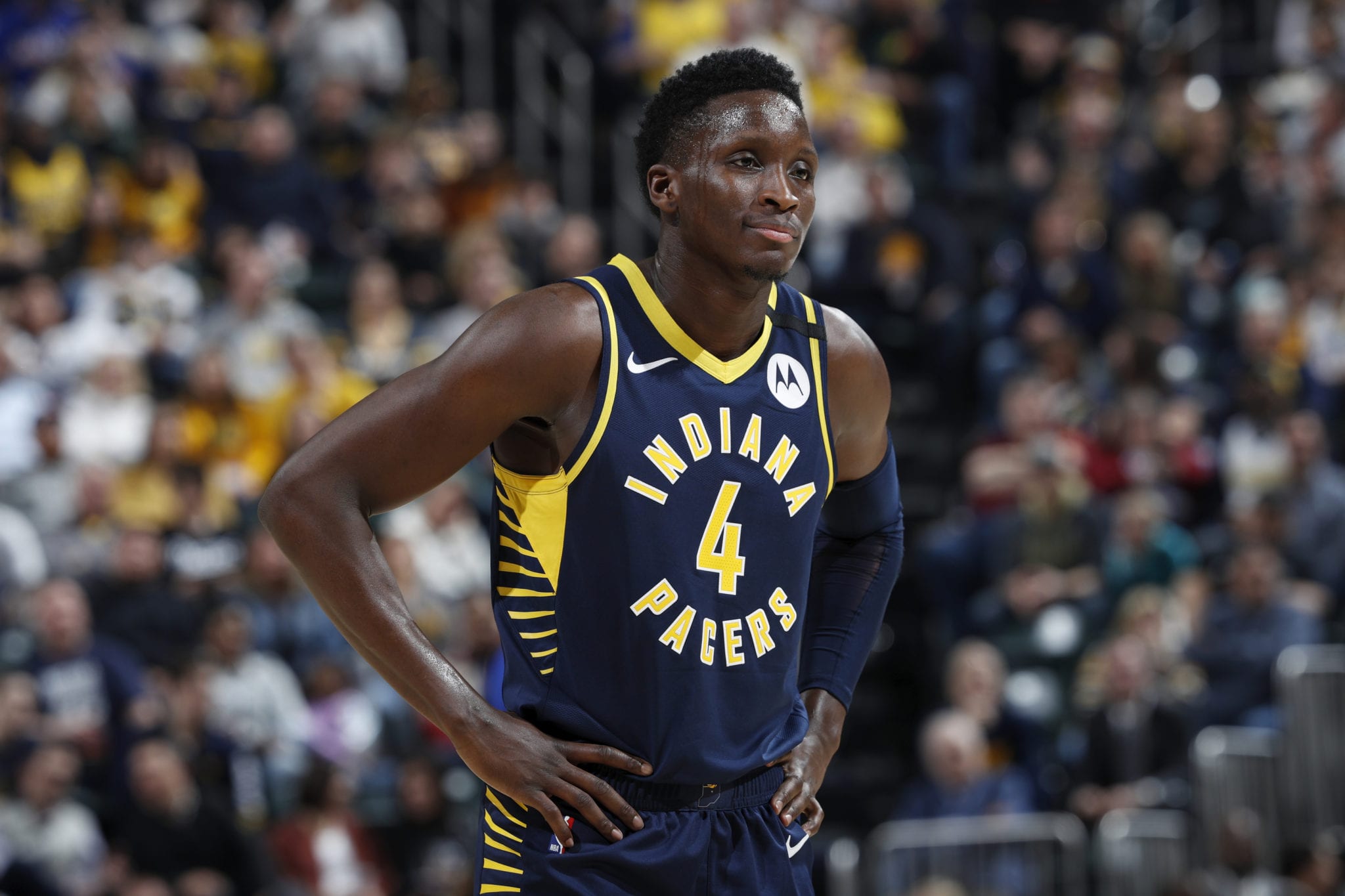 Indiana Pacers star Victor Oladipo’s bad luck with injuries continued on Wednesday, when he was forced to leave the game in the first quarter after being accidentally poked in the eye by Jae Crowder.

He stayed in the game to shoot free throws, before leaving the court. He was considered questionable to return as per the official game notes, but coach Nate McMillan said the coaching staff didn’t want to risk putting him back in the game.

“[He] really couldn’t see out of his eye when we spoke to him at halftime, and he was going to get that checked out.”

Victor Oladipo went to the hospital to get his eye evaluated, per Nate McMillan pic.twitter.com/X1TL9aIbVE

After the game, it was revealed that Oladipo had been taken to an Orlando area hospital to get further evaluation. Obviously, the Pacers are desperate to get their floor general back for the next hit out with Miami, but they remain in the dark about his availability until more information becomes available.

The Pacers ended up losing the game 113-101 after Jimmy Butler took over down the stretch. They will meet again in game two on Friday morning (AEST).