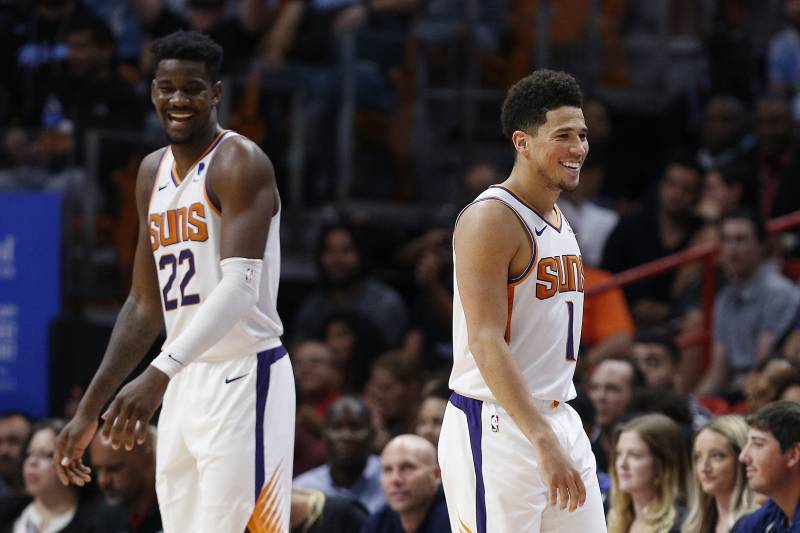 The Phoenix Suns were officially the last remaining undefeated team in the Orlando bubble when they moved to 5-0 after downing the Miami Heat on Sunday, and they extended that record to 6-0 earlier this morning after they comfortably took care of the five seed OKC Thunder 128-101.

The main storyline was Devin Booker’s outstanding night on the offensive end. The Suns star has been lights out in the bubble so far, and despite sitting for the entire fourth quarter as the Suns bench got emptied, Booker still finished the night with 35 points, including 14/14 from the charity stripe.

In doing so, Booker equaled Phoenix Suns legend Walter Davis for the most 30-point games in franchise history.

Elsewhere, rookie Cam Johnson had 18 points, while Mikal Bridges continued his impressive work in the bubble, going 5/8 from beyond the arc.

It was a vital win in the scheme of the much documented Western Conference play-in tournament, which, as of the Grizzlies loss yesterday, will definitely take place.

Essentially, the Suns need to force their way into the ninth seed to have a chance at ‘playing in’ for the last playoff spot in the Western Conference. They currently sit half a game behind Portland (9th) in the 10th seed.

The Suns continue their playoff push tomorrow morning in the second leg of a back-to-back against a heavily short-handed Sixers outfit, who are missing Joel Embiid and Ben Simmons, with Al Horford and Josh Richardson both listed as questionable for the matchup.