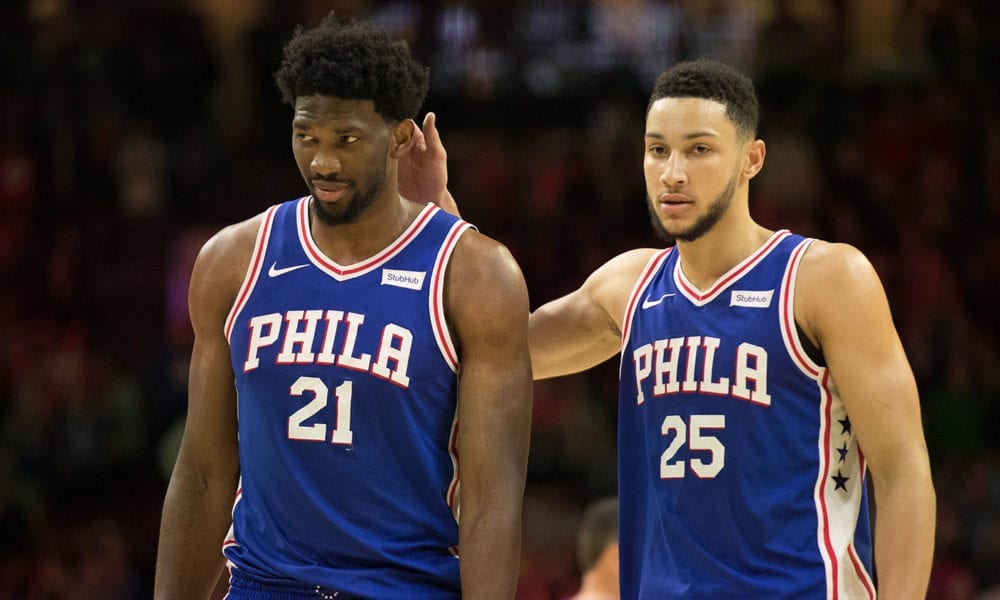 The Sixers injury problem may have just got significantly worse, after Joel Embiid left Philadelphia’s clash with the Portland Trail Blazers with a left ankle injury midway through the first quarter.

The incident occurred after Embiid appeared to make contact with the stanchion under the basket on Philly’s defensive end. He immediately grimaced and gestured to his ankle, before hobbling off, and away from the team bench into the locker room.

He was ruled out from returning in the second quarter, before returning to the bench after half time to support his teammates in a third quarter comeback.

The Sixers faithful will now no doubt be keeping a close eye on the injury report after the game, with fingers and toes crossed that it is nothing more than a minor strain or bump. Indeed, anything more than a ‘day-to-day’ proposition for the star big man would spell disaster for a 76ers outfit that has had a nightmare time of things in the bubble thus far.

Much was made of Ben Simmons’ shift to the power forward position, taking the ball out of his hands, and into Shake Milton’s. That plan has obviously now been scuppered, with the news yesterday that Simmons was likely out for the season following surgery on his left knee. The Embiid injury would add significant problems if it were to be a longer term situation, with coach Brett Brown and his associates already making adjustments on the fly in the preparation for a post season push.

If Embiid was to miss significant time, Al Horford would likely shift to the centre spot, with Alec Burks, rookie Matisse Thybulle and forward Glenn Robinson III all likely to receive an uptick in minutes.