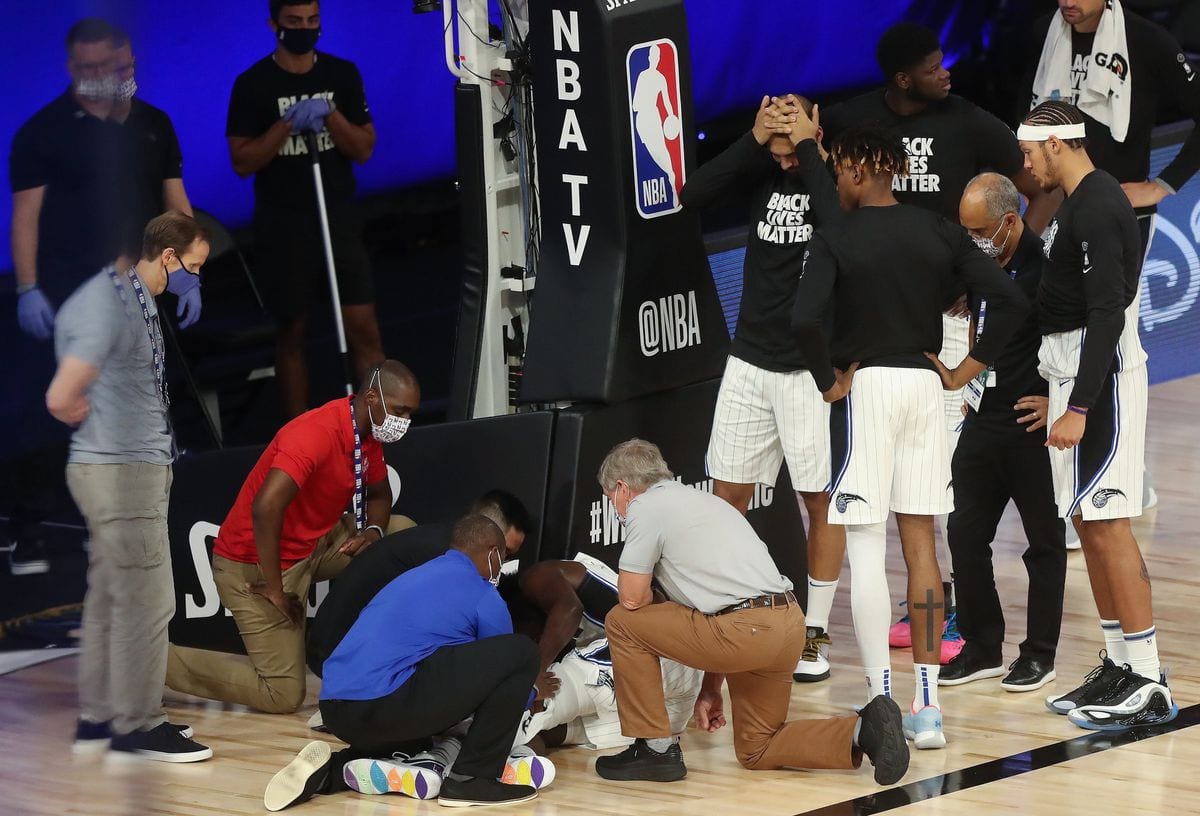 Basketball fans the world over collectively shuddered as Orlando Magic forward Jonathan Isaac crumbled in a heap in the fourth quarter of their matchup with the Sacramento Kings early on Monday morning. He had to leave the court in a wheelchair, after spending some time on the floor of the court in visible distress.

It was his left knee that was the apparent issue. Driving into the lane at the start of the final quarter, Isaac planted his left leg looking to push off, before falling to the floor almost immediately. Sadly, it is the same knee that he injured earlier in the year – an injury that was projected to keep him out for the remainder of this season (before the competition was delayed due to the coronavirus).

It is a doubly cruel blow for the third-year Magic forward, who took considerable strides, especially on the defensive end, this season. At this stage, the seriousness of the injury isn’t yet clear, but an update on Isaac’s situation will no doubt come out in the wash soon.

Magic coach Steve Clifford wouldn’t speculate when questioned. “It looked bad, obviously,” Clifford said, “[but] until you hear anything, I am just hopeful, that’s all.”