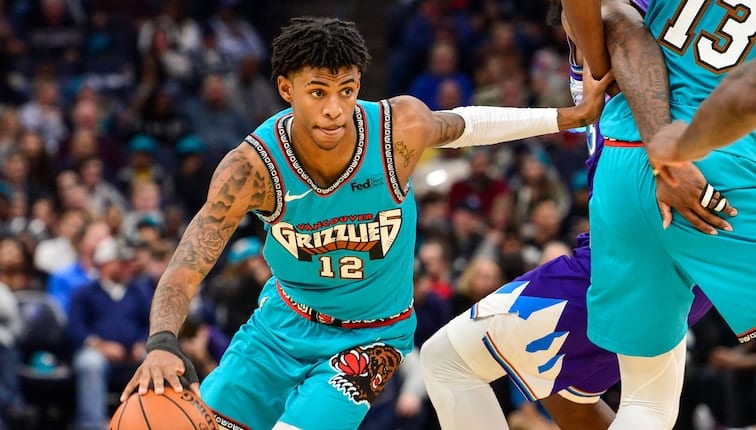 Ja Morant has doubled down on the critical importance of the eight-game regular season block, as the Memphis Grizzlies wind up for a sprint to the eighth seed in the Western Conference, and with it, a prized playoff spot.

Speaking on ESPN’s The Jump, the Grizzlies star and current odds on front-runner in the rookie of the year race said the bubble situation was unfair to his team, and gave an advantage to the other playoff contenders in the West. However, Morant was quick to note that there was little they could do to change the circumstances they find themselves in.

“We can’t control that,” Morant said. “I just feel like it’s an extra chip [on the shoulder], you know? More fuel to the fire, [and] more motivation for us.”

As it stands, The Grizzlies hold the 8-seed, and they have a 3.5 game lead over three Western Conference teams who remain in hot pursuit (Portland, Sacramento and New Orleans). Where Morant’s complaints lie are in the execution of the NBA’s new bubble format, whereby Memphis would have to be a full extra game ahead (4.5) of the next closest contender in the West when the eight regular season/seeding games wrap up to avoid a play-in style tournament to determine the final playoff spot.

The Grizzlies’ regular season games will be tasty, too. They play three of their four closest contenders in their next eight hit outs.

Memphis, under rookie coach Taylor Jenkins have been one of the feel good stories of the year. Even to casual basketball fans, they have exceeded all expectations that most may have held for the franchise heading into the season. It’s a fact not lost on Morant.

“Coming into the season, we were projected to be 29th, and look at us now,” Morant said. “We [The Grizzlies] just use that as fuel. We’re all very hungry, [and] we know what we’re capable of.”

In finishing, Morant addressed his position as the clear front-runner in the rookie of the year race, saying it wasn’t at the front of his mind, but that it was a nice tip of the hat to his outstanding first season in the league so far.”It definitely feels good,” Morant said. “I can’t say that’s my main focus, but just where I came from, [and] what I’ve done to get here, [it’s] definitely an honour.”
-->