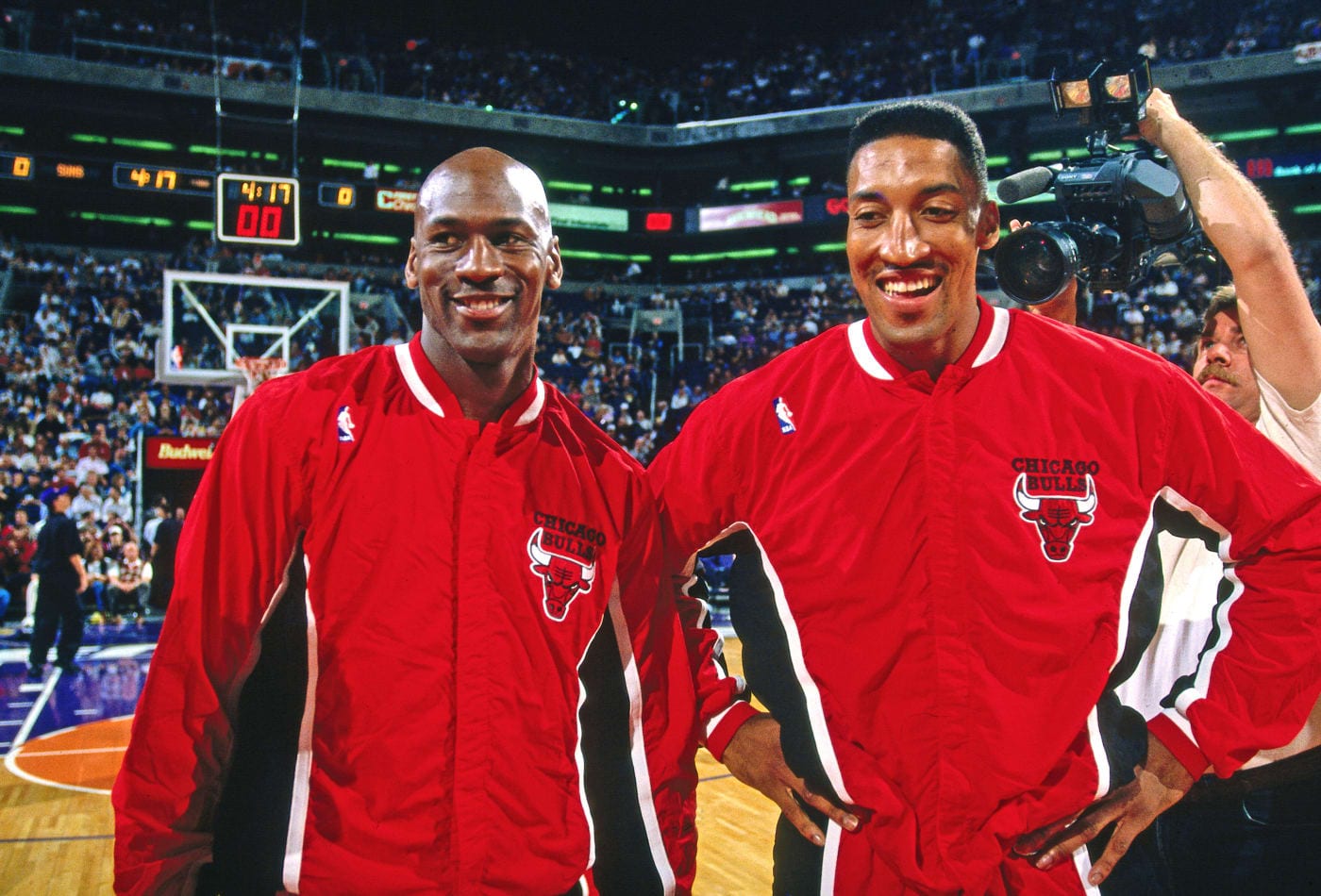 The ‘rift’ between Chicago Bulls teammates Michael Jordan and Scottie Pippen appears to have died as quickly as it began, with the latter confirming he has spoken to the six-time finals MVP, and that he ‘wasn’t upset’ with his portrayal in the wildly successful documentary The Last Dance.

The ten-episode epic which followed the Bulls’ dynasty in the 90’s reportedly drew the ire of seven time All-Star Pippen after it aired.

Fingers were collectively pointed to the second episode of the series when these reports emerged, where Jordan labelled Pippen as ‘selfish,’ for waiting until the start of the 1997-98 NBA season to carry out surgery on his troublesome ankle – leaving Jordan short of his right hand man, when his career was entering its twilight years.

Pippen took a different view of things speaking on the issue ahead of the 2020 season restart.

“It [the portrayal] didn’t bother me at all,” Pippen said. “Why would I be offended by anything that happened 30 years ago?”

Continuing, Pippen echoed the thoughts of many viewers and critics of the series, who lauded the ability for fans to gain an unprecedented and valuable insight into one of the most dominant teams in sporting history.

“[The Last Dance] was an opportunity for our younger generation that hadn’t seen or knew anything about basketball in the ’90s,” Pippen finished.

Keen to discuss more contemporary issues ahead of the 2020 season restart on Friday, Pippen tipped the Lebron James-led Los Angeles Lakers as his pick to secure the championship in the Orlando bubble.

“He [James] is the most dominant player right now with Kevin Durant not being in the game.”

Unsurprisingly, he lauded James’ unique leadership abilities to thrive in the culmination of what has been a turbulent few months for the sport.

“[They need] his experience, his ability to pull a team together, (and) the ability to be dominant.”