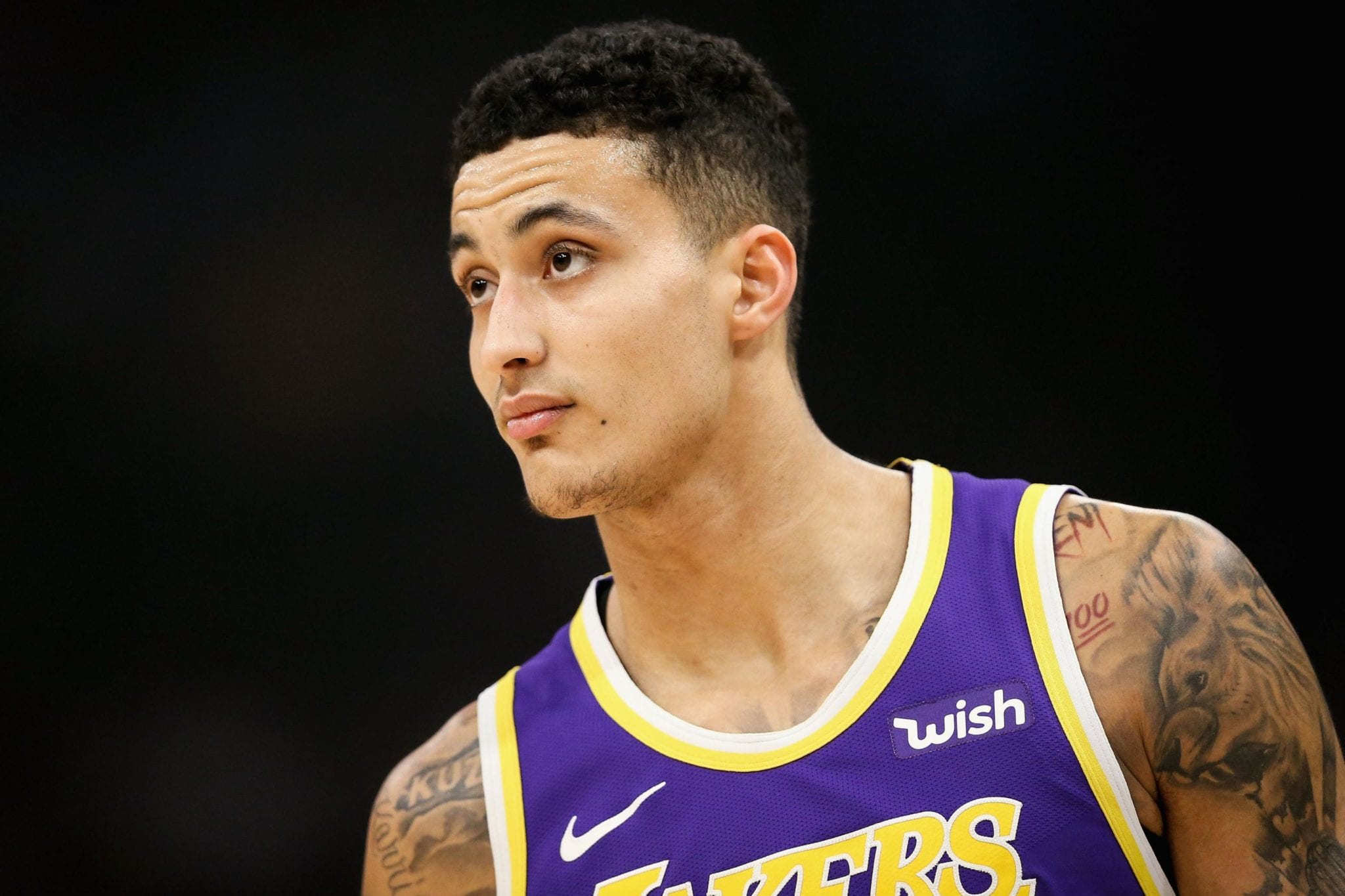 Kyle Kuzma knows a thing or two about injustice.

The Lakers’ forward grew up in Flint, Michigan.

Wednesday, Kuz joined multiple NBA players who used their media time to put the focus back on BreonnaTaylor.

Paul George set the tone for the day when he spent his whole post-scrimmage interview session on Taylor.

“I think that is what we are here for, to continue to keep that in the back of people’s minds,” George said. “I mean, her murderers are still free, so nothing is done yet. And [I] hope to continue, again, keep this fight going and use our platform to stand up for those that can’t stand anymore.”

Taylor was killed in her Louisville, Kentucky home when plainclothes police broke into her house using a “no-knock” warrant for a narcotics investigation.

The officers shot Taylor eight times in her bed.

No drugs were found, and no officers have been charged with a crime

Lakers’ forward Kyle Kuzma spoke to reporters later that night in Orlando and via Zoom for more than six minutes mostly answering questions about COVID and the restart, but later Kuz tweeted that reporters need to ask more social justice-related questions.

Media & players: We work hand n hand. We have platforms but help us out! Yes we know your job is to ask us about basketball questions. But if you guys believe in equality for all, let’s ask a few social injustice questions here n there. We’re all in this together

“Outside of my sister’s wedding questions, anything today that you ask of basketball, I’m just going to respond with, ‘We need justice for Breonna Taylor,'” Caruso said.”

“We need justice for Breonna Taylor, we all understand she was killed in her own home; you know if there’s a point where you can’t feel safe in your own home, that’s not right,” said Mitchell.

Aside from health concerns, many players were worried a return to play would shift attention away from social justice concerns, but it looks like they are intent on keeping the conversation going.