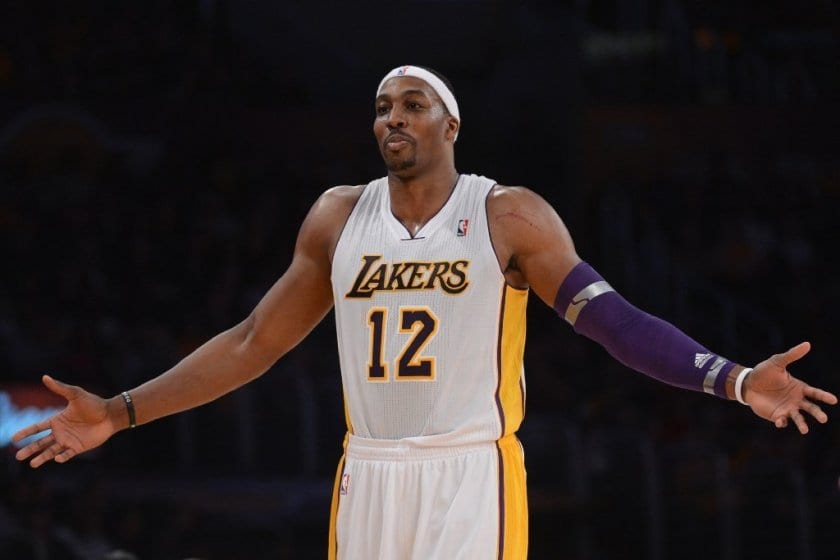 The Laker’s center told ESPN contributor Brandon Robinson that someone reported him to the NBA hotline for not wearing a mask.

“Somebody told on me,” said Howard.

Dwight Howard said he was reported on the snitch hotline because he didn't have his mask on. https://t.co/pPSfb5RXku

The fact that Howard had posted multiple videos of himself around the Disney property without a mask on didn’t seem to register to the Laker as a possible reason he was busted.

The NBA hotline was set up for anyone to use to report violations of bubble rules and protocol.

Already, several players have been reported in just the first week since arrival.

Some players have received warnings from violations, sources said, as league ensures social distancing and mask protocols on campus. https://t.co/LSRX6cXWfP

Sacramento Kings’ Richaun Holmes and Houston Rockets Bruno Caboclo were both put back into quarantine after breaking protocol.

The hotline isn’t the most popular feature of the bubble.

But as coronavirus rates soar in the sunshine state, with Miami becoming the new epicenter of the pandemic, the success of the NBA restart rests on keeping the bubble coronavirus free.

Dwight and the Lakers will tipoff against the Clippers on July 30.