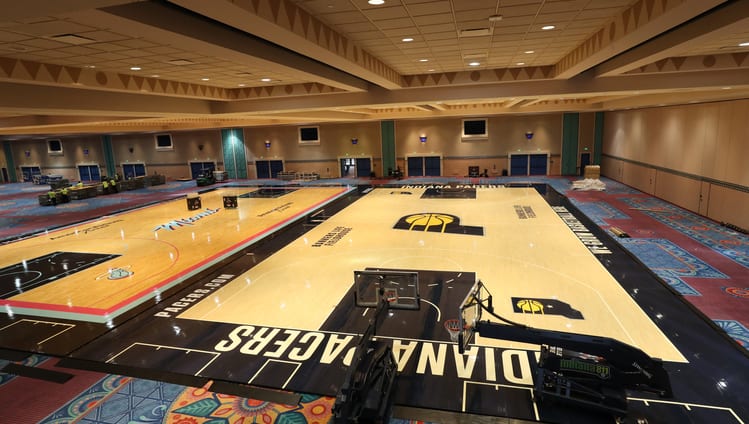 The Orlando Magic were the first NBA team to hold practice in the Orlando bubble on Thursday.

Magic center Nikola Vucevic answered questions afterward while some of his teammates remained on the court and took part in a loud and enthusiastic shooting contest.

“It’s great to be back after four months,” Vucevic said. “We all missed it.”

Full-scale practices are being held at the ESPN World Wide of Sports Complex at Walt Disney World Resort.

By the end of Thursday, all 22 teams slated to participate in the NBA restart had reported to the bubble.

Upon arrival, all teams checked into their hotels and entered isolation.

As the final eight teams landed Thursday, including the Los Angeles Lakers and Philadelphia 76ers, some of the players expressed conflicting feelings.

“We have to make the best of it,” Vucecic said. “You know, this is our job. We’re going to try to make the best out of it. I really think the NBA did the best they could to make this as good as they can for us. And once we start playing, you’re not going to be thinking about the little things.”

The defending NBA champion Toronto Raptors were among the last to arrive.

Along with the Magic, Brooklyn, Utah, Washington, and Phoenix all practiced Thursday.

The Denver Nuggets were slated to practice but pushed back their opening session to Friday.

By Saturday, practices will be constant with all 22 teams spread out across seven different facilities, in a time window spanning 13 1/2 hours.

Teams must wait at least two days after arrival before hitting the court.

Exhibition games will commence on July 22, and the official season restart begins July 30.