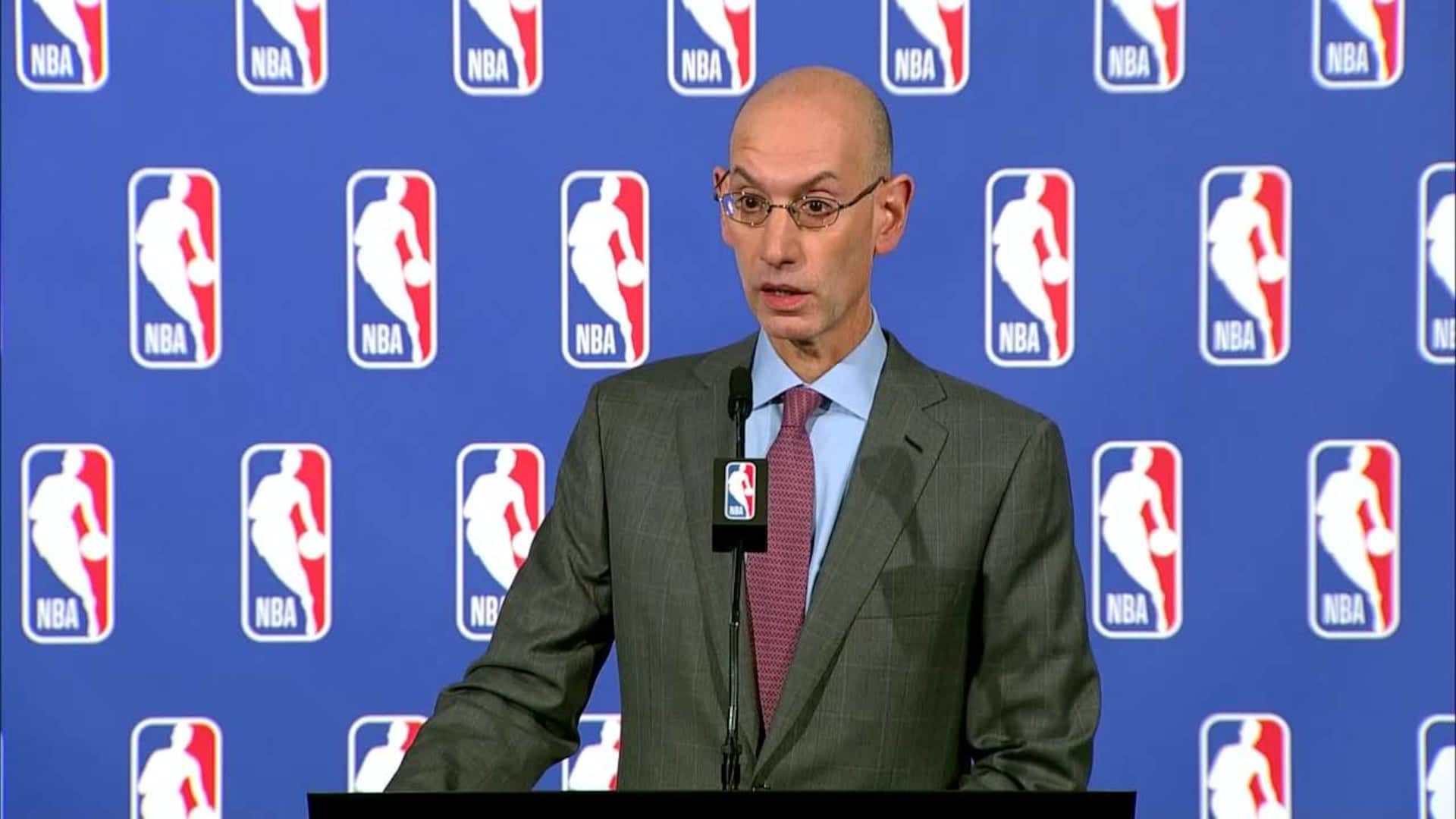 As the first NBA teams arrived in Florida on Tuesday, NBA Commissioner Adam Silver warned the “bubble” could bust during an interview for Fortune’s Brainstorm Health conference.

Silver said he expects more players to test positive once they arrive at the NBA campus on the Walt Disney World Resort.

“We won’t be surprised when they first come down to Orlando if we have some additional players test positive,” said Silver. “What would be most concerning is once players enter this campus and then go through our quarantine period, then if they were to test positive…we would know we would have an issue… We would know that there’s in essence a hole in our bubble or that our quarantine or our campus is not working in some way.”

All personnel are tested and quarantined for at least two days when they arrive at the NBA campus.

Before heading to Orlando. several teams have already closed their own practice facilities after players tested positive.

“We began testing all our teams roughly two weeks ago, and as we reported, we had a significant number of positive cases,” Silver said.

Silver says the NBA bubble is as protected as it can be. The league’s plan has received positive reviews from Dr. Anthony Fauci, director of the National Institute of Allergy and Infectious Diseases.

“So on paper, and dealing with our experts, this should work. But we shall see,” said Silver. “We are going to be doing daily testing. But again, this virus has humbled many, so I am not going to express any higher level of confidence than we are following the protocols, and we hope it works as we designed it.”

Silver said the league would shut down if a significant spread of coronavirus infiltrated the campus.

The first NBA scrimmage games are set for Wednesday, July 22.