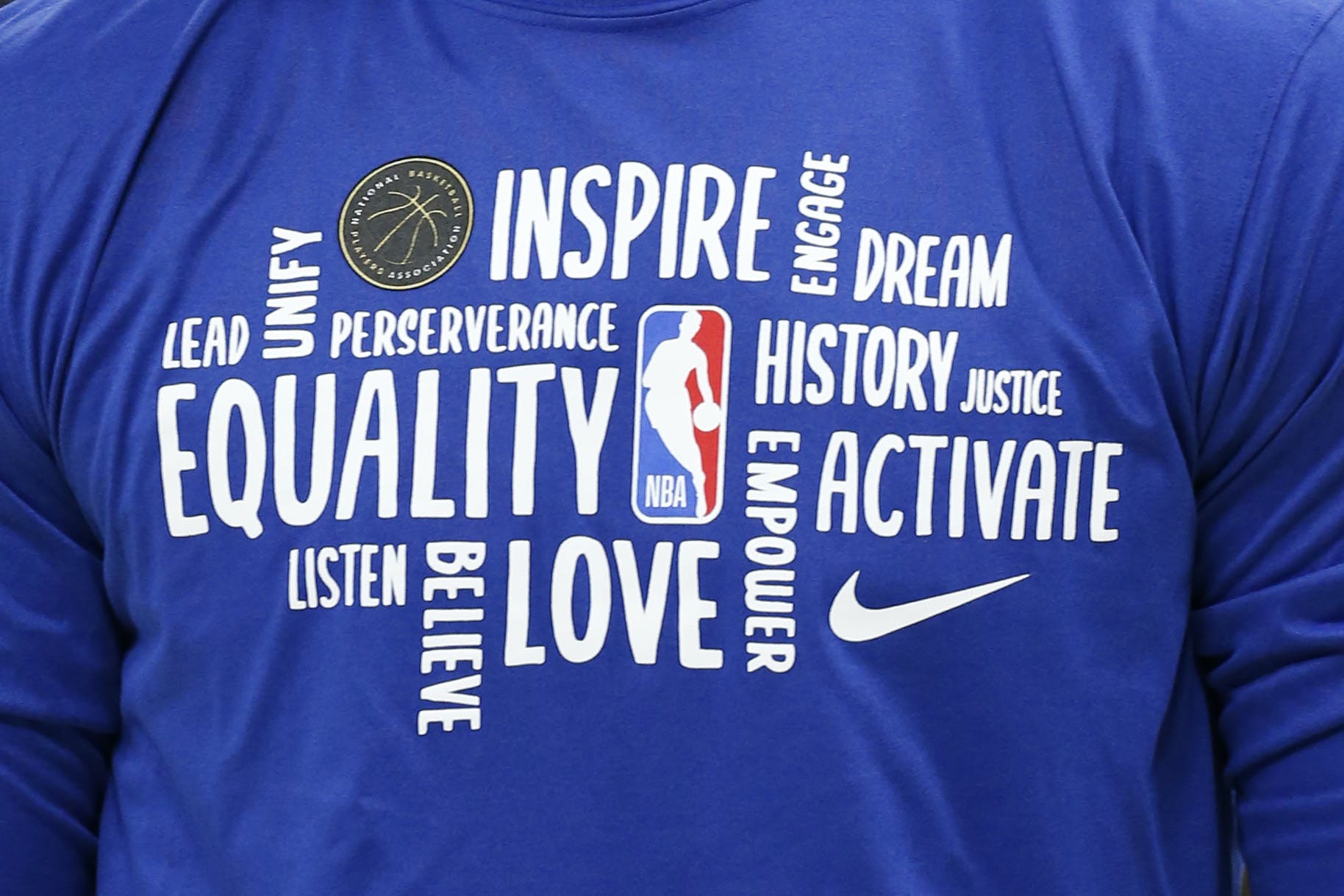 “Equality” reigned supreme among the almost 30 messages players could choose from to adorn their jerseys.

So far, 285 of the 350 eligible players have picked a message while 17 players plan on sticking with their name.

Players were given until Monday to make their choice, but National Basketball Players’ Association (NBPA) executive director Michele Roberts told ESPN’s The Undefeated, they are still waiting on a few more players to decide.

The second most popular phrase was “Black Lives Matter,” according to Roberts.

“The players have taken this seriously with what they’re going to put on their jerseys, understanding that they were going to have a platform giving a message to a wide variety of people,” Roberts told The Undefeated.

“Given the large number of guys that are participating, I think these men appreciate that this is a chance to do exactly what they wanted to do. Keep the conversation going. The guys are excited to get back to the game. Hopefully, we can work to have some great basketball and give some great messages.”

Both the NBA and the NBPA agreed on the suggested list of names.

There will also be names in languages other than English, such as Slovenian, Italian, French, Creole. Latvian, Mori, Hebrew. Bosnian, and Portuguese.

Oklahoma Thunder guard Chris Paul was one of the many players who chose “Equality.”

“I chose ‘EQUALITY’ because it reminds us that in order to have real impact and change, we need to make a conscious effort to level the playing field and create systems that are not bias based on race, education, economics, or gender,” Paul told The Undefeated.

Never Give Up ✊@CNN pic.twitter.com/7MV87lq8NB

The messages will appear above a player’s number on the jersey and can be worn for the first four games.

If players want to continue wearing the message, their names will be placed under their number on their jersey.

Players will be able to keep one jersey with their social message, and the rest will be auctioned off with proceeds going to a player-administered social justice fund.