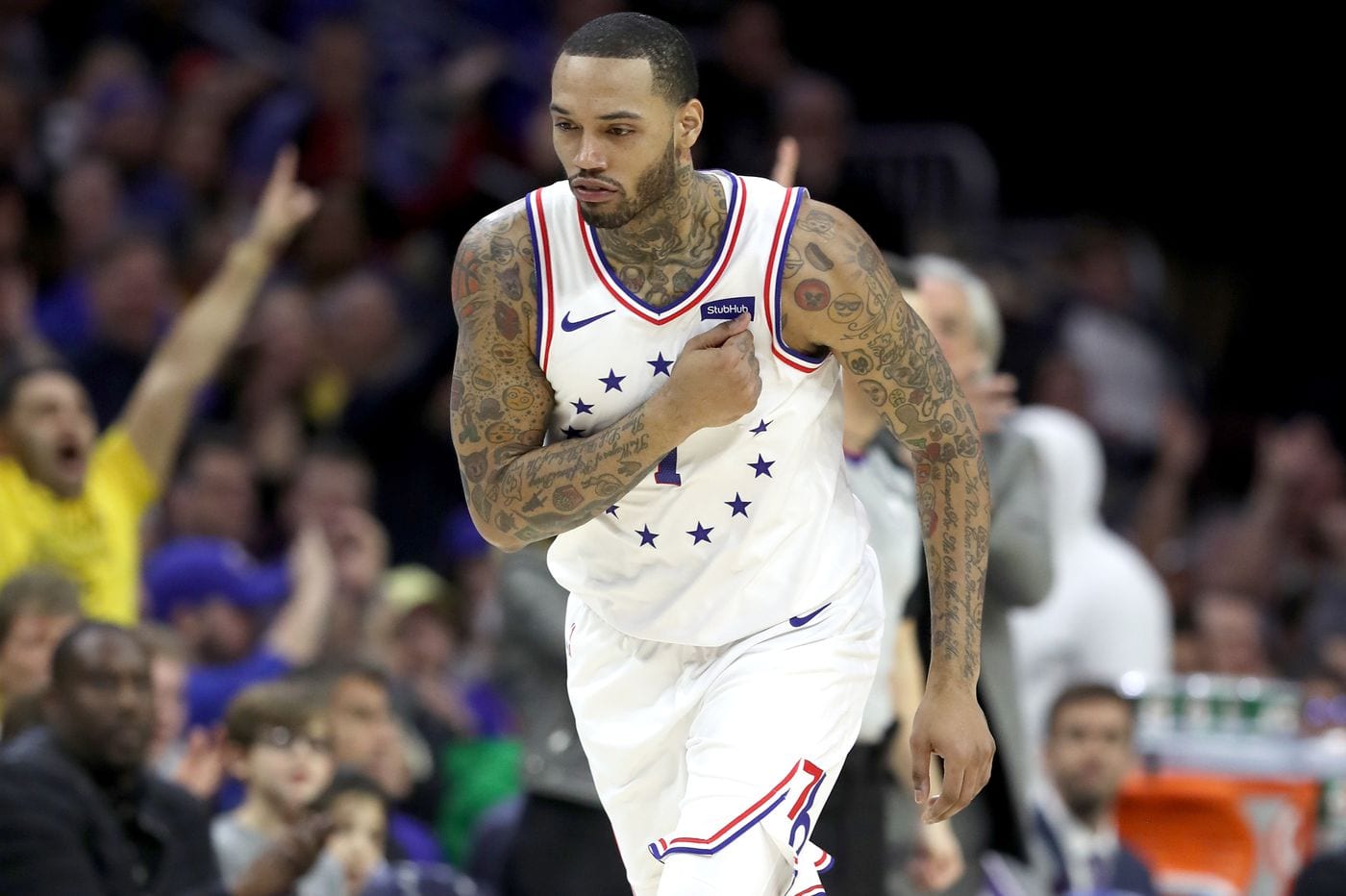 Philadelphia 76ers’ forward Mike Scott believes the NBA had good intentions, but the new message jerseys are a straight-up airball.

On a conference call with reporters Monday, Scott said they should have gotten more input from the players.

“They gave us some names and phrases to put on the back of jerseys. That was terrible. It was just a bad miss, a bad choice. They didn’t give players a chance to voice our opinions on it; they just gave us a list to pick from. So that was bad, that was terrible,” said Scott. “I’m all about just doing, instead of saying and posting or putting something on the back of your jersey. I don’t think that’s going to stop anything, you know?”

The alternate jerseys will be available for players to wear their first four games.

Marc J. Spears with The Undefeated reported that the NBA and the National Basketball Players Association agreed to this list of messages: Black Lives Matter; Say Their Names; Vote; I Can’t Breathe; Justice; Peace; Equality; Freedom; Enough; Power to the People; Justice Now; Say Her Name; Sí Se Puede (Yes We Can); Liberation; See Us; Hear Us; Respect Us; Love Us; Listen; Listen to Us; Stand Up; Ally; Anti-Racist; I Am A Man; Speak Up; How Many More; Group Economics; Education Reform; Mentor.

The @NBA & @NBPA have come to an agreement on the social justice messages that can be used on the back of jerseys during the NBA re-start in Orlando starting July 30, sources told @TheUndefeated. The list of approved messages and more here in @ESPN: https://t.co/Jtf9i4P6kb

Scott’s teammate Josh Richardson said he thinks the NBA is trying to do the right thing, but it’s not a simple fix.

“I think it’s tough to try to limit what people are feeling, and how people can speak out, to just a list of 15 to 20 sayings, you know?”

The Boston Celtics’ Jaylen Brown says the reason players are participating in the restart is personal and one-size-fits-all messaging doesn’t cut it.

“What I’d like to personally see on there? Maybe ‘Break the Cycle,’ putting that on the back of your jersey. ‘Results,’ that’s what everybody is really playing for. ‘Inequality by Design,’ maybe. Things like that might have a deeper impact than some of the things that were given to us. I think it was a little bit limiting.”

Along with painting “Black Lives Matter” on the sidelines in Orlando, the jersey are part of the league’s effort to maintain awareness and focus on social justice and systemic racism.