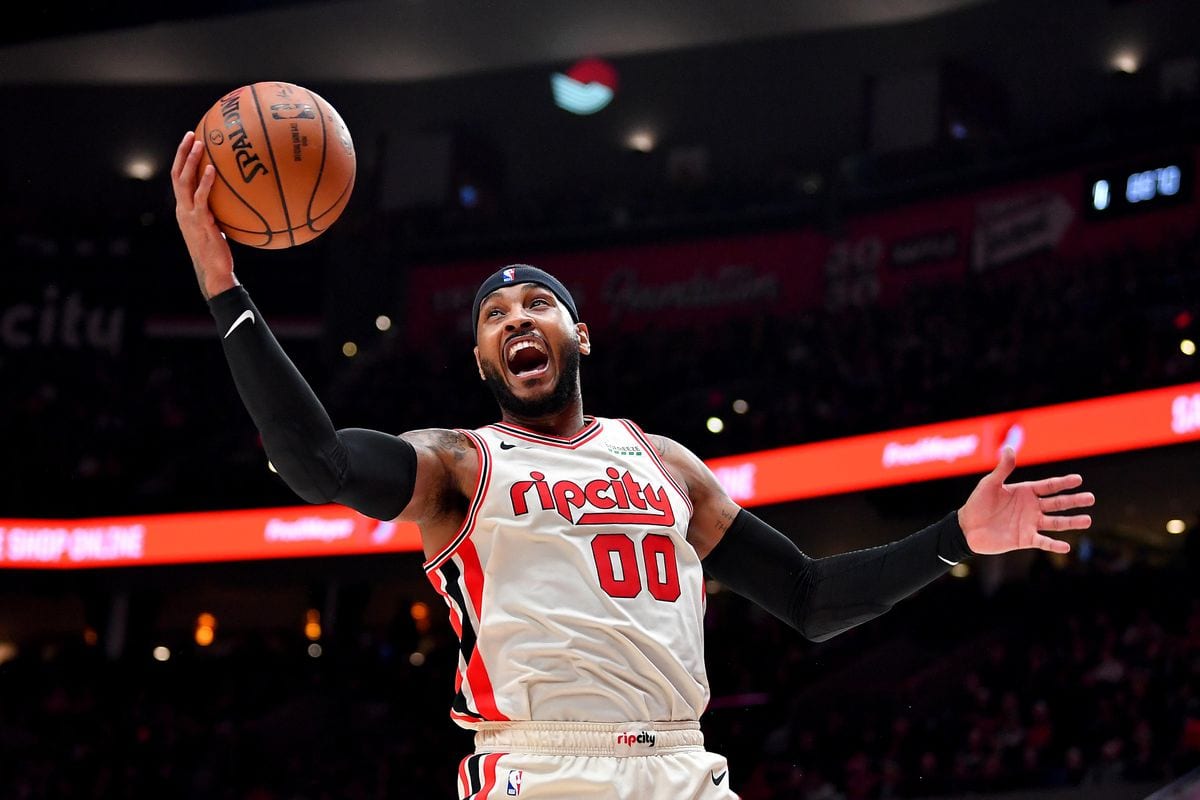 Never one to shy away from the moment, 10-time NBA All-Star Carmelo Anthony is calling out social injustice and systemic racism as guest editor in the latest SLAM magazine edition.

Anthony and his son Kiyan grace the cover of SLAM dressed in matching black hoodies, a nod to Trayvon Martin who’s killing in 2012 inspired the Black Lives Matter movement.

Drawing strength from the past. Fighting for justice in the present. Demanding equality for the future. Honored to serve as guest Editor in Chief, to share my perspective and help amplify the voices of so many others in this fight for social justice through this special issue of Slam. Link in bio. #ItStopsNow #STAYME7O

In his letter as editor-in-chief, Anthony says, “ENOUGH is ENOUGH.”

Will you ever take your knee off our necks? Is it because I’m Black? Does that scare you? Am I intimidating? What is it? WHAT IS IT?

You know what: ENOUGH is ENOUGH.

Don't lose sight of why we are in this fight. #ItStopsNow #StayMe7o

In addition to Anthony, notable legends and activists such as Kareem Abdul-Jabbar, Bill Russell, Oscar Robertson, Spencer Haywood, and Sheryl Swoopes contribute to the issue.

For Anthony and others, this isn’t just a moment, it’s a movement.

“I want you to know that I don’t just speak for myself. I speak for all of us. We have to keep on pushing. We will continue to make progress. We are trying so damn hard. We can’t stop now. Don’t lose focus. Don’t lose sight of why we are in this fight,” wrote Anthony.

Several players hesitated to participate in the NBA restart in Orlando for fear of pulling attention away from racism and social justice.

However, the league has made a commitment to address these issues.

Players will be allowed to wear alternate jerseys with messages such as “Black Lives Matter,” “Power to the People,” “Say Their Names” and “I Can’t Breathe,” for the first four days of play.