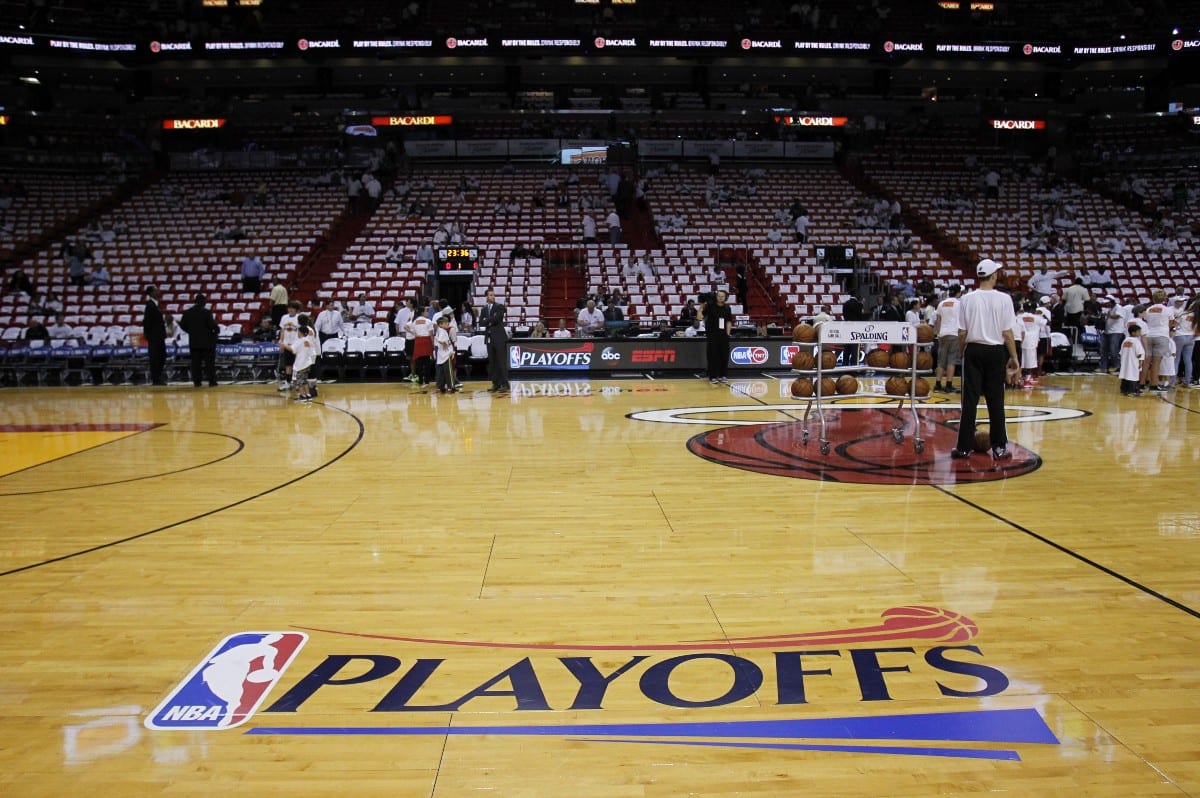 To support the social justice movement and promote racial equality, the NBA will paint “Black Lives Matter” on courts in Orlando.

Sources told ESPN that “Black Lives Matter,” will be painted on both sidelines in all three arenas at the ESPN Wide World of Sports Complex at the Walt Disney World Resort.

The NBA is planning to paint Black Lives Matter on the court inside both sidelines in all three arenas it will use at Disney in Orlando when it resumes the 2019-20 season late next month, ESPN’s @ZachLowe_NBA and @RamonaShelburne report. https://t.co/14PnyPnC1Q

The WNBA is also considering putting the phrase on their courts at the IMG Academy in Bradenton, Florida, and may wear warm-up shirts with the words “Say Her Name,” in reference to female victims of police brutality.

Protests have been ongoing in Louisville, Kentucky for Breonna Talyor, an EMT shot and killed by police in her home last March.

No arrests have been made in that case.

Players made it known early on that if the season was to resume, they would use their platform to promote social justice and racial equality.

However, some players were leery of returning to the court for fear it would take attention away from this cause.

Avery Bradley, Trevor Ariza, Wilson Chandler, and Davis Bertans cited health or family reasons for sitting out for the rest of the season.

But WNBA players Renee Montgomery of the Atlanta Dream and Natasha Cloud of the Washington Mystics decided to skip the upcoming WNBA season to focus on social justice.

Converse will cover Natasha Cloud's WNBA salary while she focuses on social reform.

Cloud recently became the first WNBA player to sign a shoe deal with the brand.

“Black Lives Matter,” has become the go-to slogan for racial equality and social justice in the U.S. and has inspired groups around the world.

Washington D.C. Mayor Muriel E. Bowser renamed the street in front of the White House “Black Lives Matter Plaza” and had the slogan painted on the street.

Other cities have followed suit.

The NBA restart is scheduled to tip off July 30 when Utah takes on New Orleans, followed by the Lakers and the Clippers.