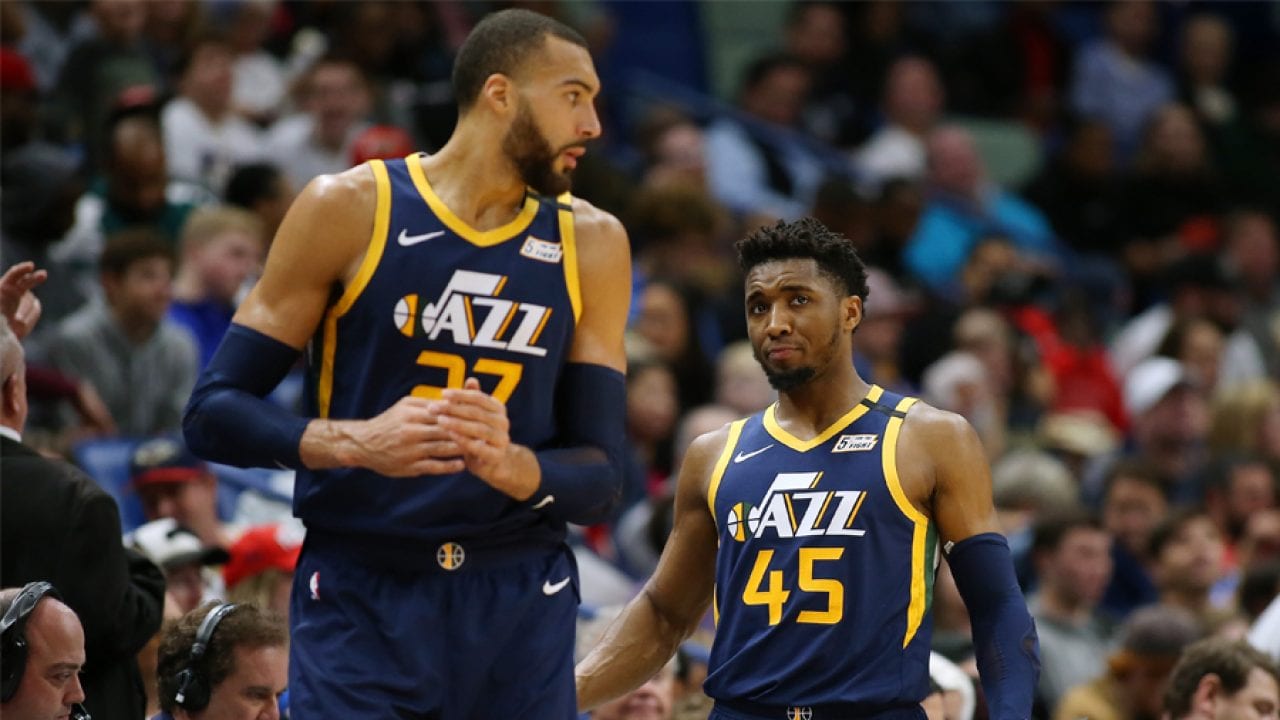 Utah Jazz Teammates Donovan Mitchell and Rudy Gobert have improved their relationship after both players tested positive for the coronavirus.

Gobert’s diagnosis was the first in the NBA, bringing the season to a sudden halt the night the Jazz were scheduled to play the Thunder in Oklahoma City on March 11.

Gobert tested positive after making light of the issue and playfully touching microphones during a media session after the NBA had just implemented new COVID-19 safety guidelines.

Gobert would unknowingly pass the virus on to fellow teammate Donovan Mitchell.

That sequence of events led to both players having an off relationship.

Months later, the Jazz prepare to head off to the Orlando bubble as one of 22 teams competing for postseason seeding.

Speaking to ESPN, Mitchell said their relationship has improved, but the problems did start with Gobert’s reckless attitude and behavior in the spring.

“Right now we’re good. We’re going out there ready to hoop. And I think the biggest thing that kind of sucked was that it took away from the guys on the team, took away from what the guys were trying to do and I really wish that as going forward,” Mitchell said.

While both players are ready to go, Gobert says he is still feeling effects from the virus.

Both players will need to step up big time as forward Bojan Bogdanovic is out for the season.

The Jazz play their first game of the restart July 30 against New Orleans.