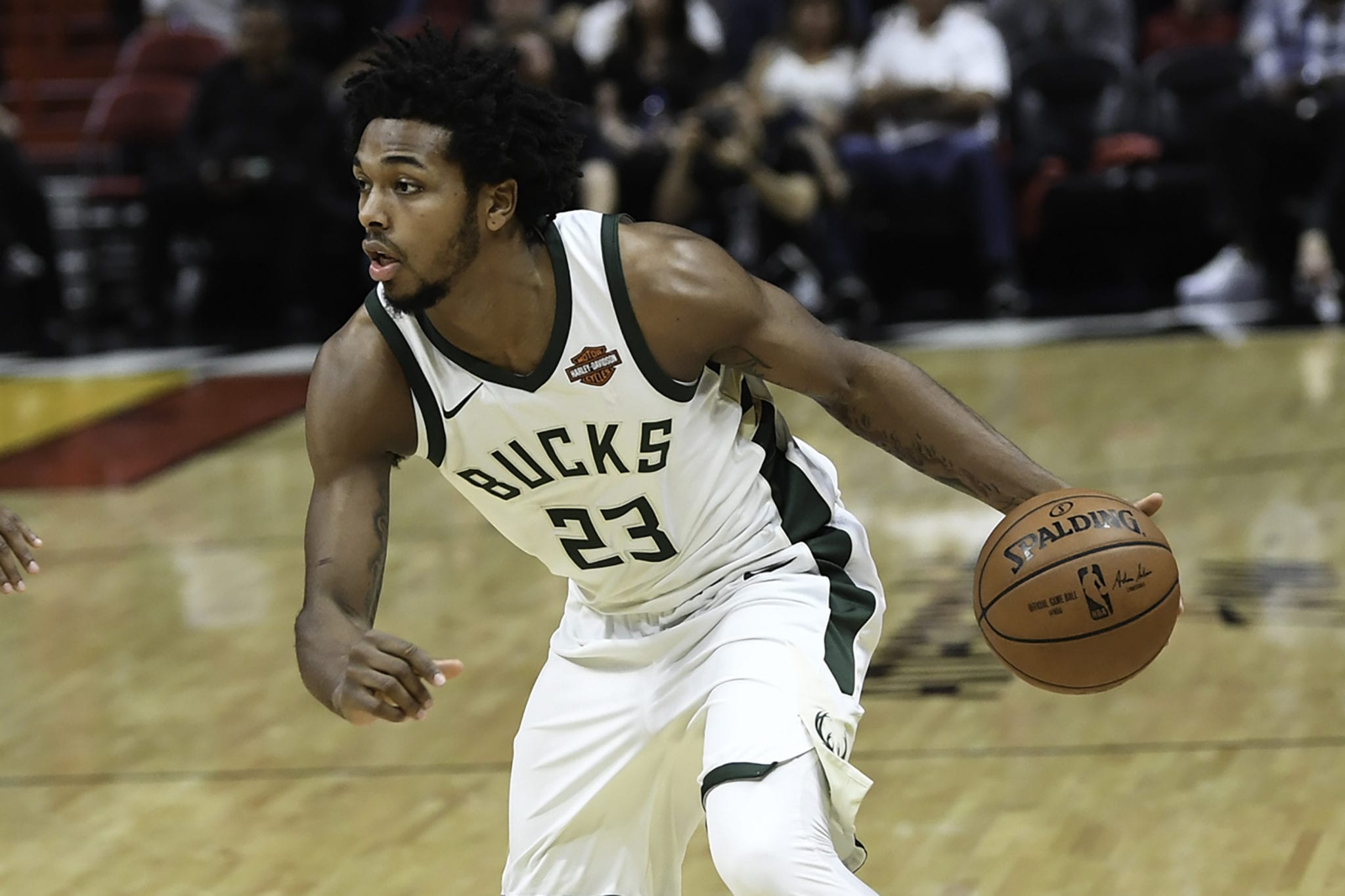 The Milwaukee Bucks’ Sterling Brown has experienced police violence firsthand and believes the court is the best platform for players to bring real change to their communities.

During his rookie season, Brown was accosted by Milwaukee police outside a Walgreens for a parking infraction.

Multiple officers were called to the scene, wrestling Brown to the ground and tasing him before he was eventually released.

The second-year guard filed a civil rights lawsuit against the Milwaukee Police Department and has since rejected a $400,000 settlement offered by the Milwaukee City Council.

The Black Live Matter movement and addressing police brutality and systemic racism are critical issues for Brown and the rest of the NBA.

But Brown told ESPN’s Eric Woodyard that he believes the players’ best bet to make a difference is to use their greatest asset.

“A lot of eyes will be on us while we’re in Orlando. People can actually see us and see our messages that we can give while we’re playing or at halftime, before a game or whatever. There’s a lot of ways to get out key messages and I feel like I want to take advantage of that. We’ve got a platform like none other. We’ve got resources like none other…it’s important for me to continue to play to use my platform because my platform has given me a voice and it has allowed people to follow me and see me and it’s allowed people to become more passionate with the movement that’s going on.”

Bucks' Sterling Brown will participate in NBA’s Orlando restart despite some of his peers voicing concerns for black causes: "I don't disagree with guys that want to sit out, they're doing it for a good reason." He has an ongoing civil rights lawsuit vs. the city of Milwaukee. pic.twitter.com/gvKMCxYgA7

Brown, who isn’t a member of the NBA players’ coalition said he didn’t disagree with the players who wanted to sit out, but that he thought he could be more effective using the NBA platform.

“But me, personally, I feel like it’s an opportunity for me to use more of our platform and our resources to continue to bring awareness and shine light,” Brown said. “It’s all for a greater cause. We’ve got to focus on that. Right now is not the time to try to divide us because some people want to sit out and some people want to play.”

Brown and the Bucks will be headed to ESPN Wide World of Sports Complex at Disney next month and begin play July 30.