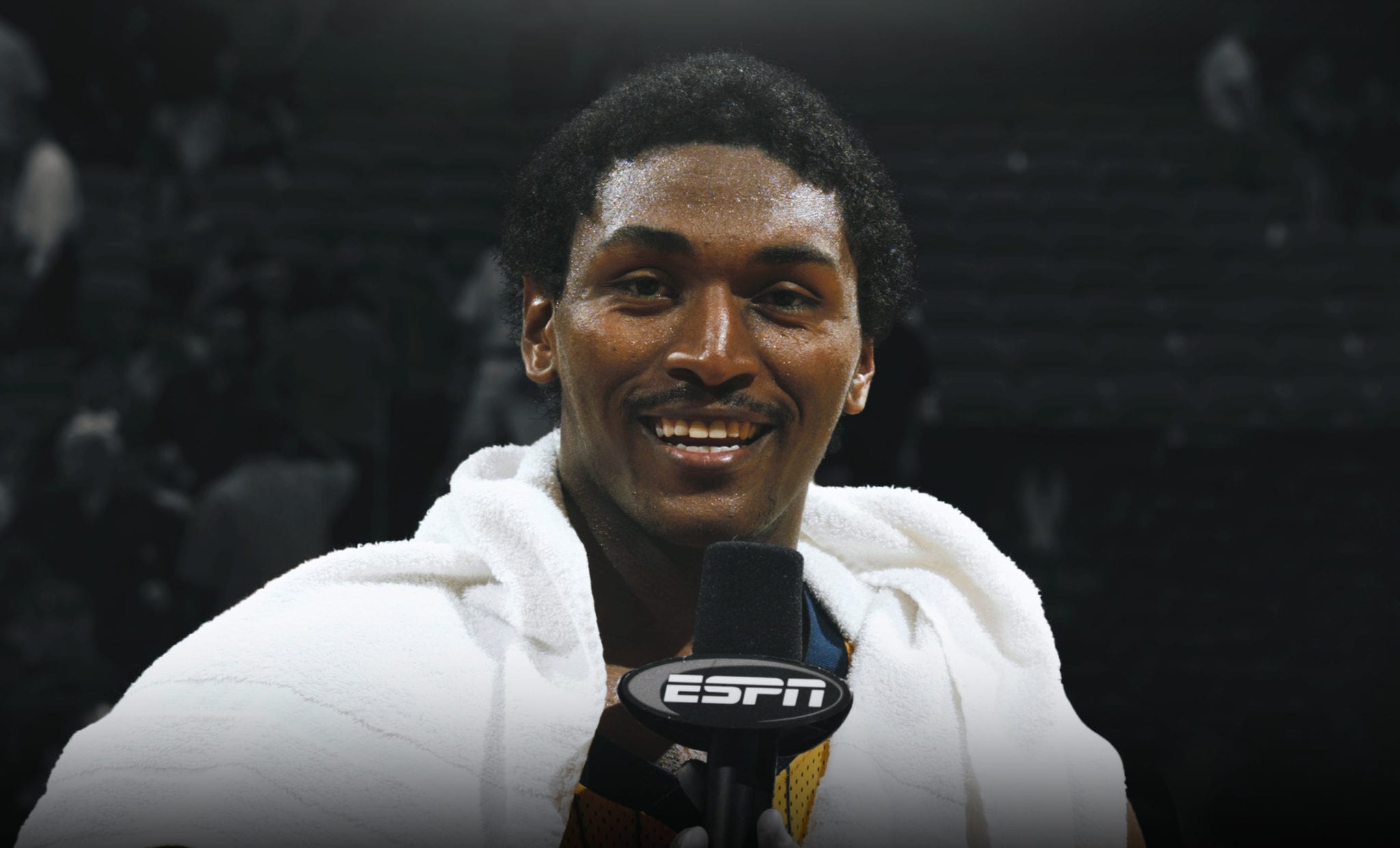 NBA players have said some seriously crazy shit over the years, and we’ve compiled some of the dumbest and funniest quotes ever:

“I’ve had to overcome a lot of diversity.”- Drew Gooden

“All series long we’ve been able to penetrate their bigs, get deep, and suck the D in.” – Jason Terry

“If you look at the box score, we won this game.” – Paul George after losing to Miami

“We’re going to the turn this team around 360 degrees.” – Jason Kidd

“Our ceiling is through the roof.” – Josh Smith

“They better not put me in the All-Star Game. I won’t shoot, but I’ll dominate that easy game. I’ll be playing hard defense. I’ll be foulin’. I’ll be flagrant fouling. Everyone will be like, ‘What are you doing?'” – Metta Sandiford-Artest

“Y’all know how we have dogs and stuff right? So I think it was bigger people in the world before us, and the dinosaurs was they pets.” – Jordan Clarkson

“I’m tired of getting a taste of em. I want the whole load.” – Paul Pierce

“Violence is never the answer, but sometimes it is” – Matt Barnes

“Do you think we’re gonna get in trouble for this?” – Metta Sandiford-Artest to Stephen Jackson immediately after the Malice at the Palace

“Oh road trips? I thought you said roaches. I got a lot of bad thoughts about roaches. I grew up around roaches… I grew up around roaches, and it was bad. Too many of them. Too many friends, I’ve got a lot of roach friends. They wake up in my cereal, they wake up, you know, ‘Ron what’s up, good morning’. One leg in my macaroni, the other leg in my corn. You know, they just make themselves comfortable at my home. They’re my friends. I like roaches. I mean, I don’t want to be around them, I want to leave them where they at. But yeah, I know a lot of them.” – Metta Sandiford-Artest discusses his love/hate relationship with roaches