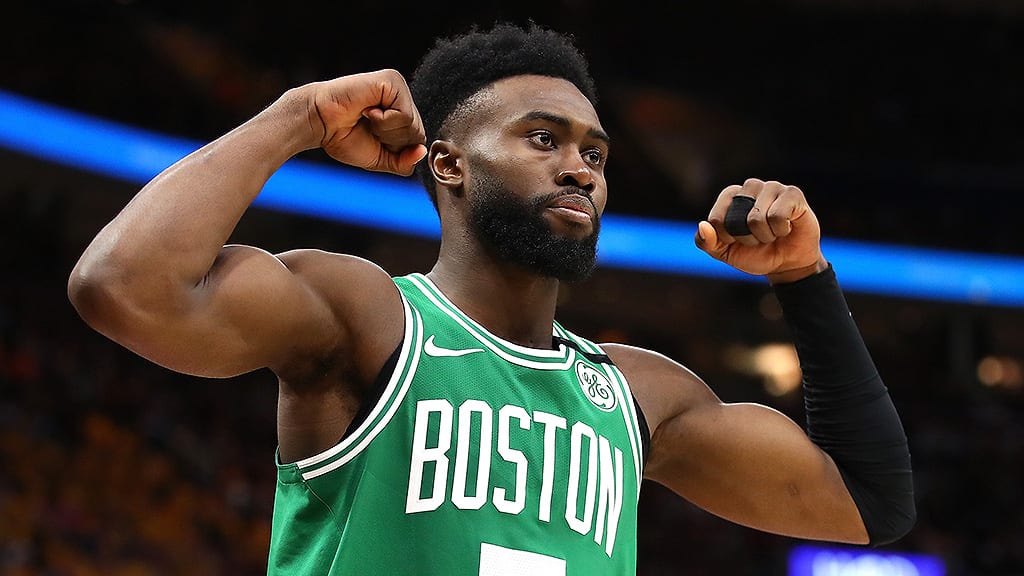 Boston Celtics guard Jaylen Brown is the latest NBA player speaking out on the death of George Floyd.

Brown drove fifteen hours from Boston to Atlanta to lead a massive peaceful protest through the city’s downtown on Saturday.

Brown, a Marietta, GA native, has been extremely vocal during the most recent incident of police brutality in the U.S.

Floyd was seen being detained and killed by a Minneapolis police officer in a widely-circulated video.

The officer, Derek Chauvin, has since been arrested and charged with third-degree murder.

Brown posted a video message urging those that witness acts of racism to speak up or act on it.

“Being a bystander is no longer acceptable,” Brown said.

“If you and your friends are around or are witnesses to cultural biases, micro-aggressions, subtle acts of racism, actual racism etc. and you don’t speak up on it or do something, you are part of the problem. We’re past the point where if it’s not in your governance space, so you have nothing to do with it. If you don’t speak up on these issues, you just as bad.”

“If you stick a knife in my back 9 inches and pull it out 6 inches that is not progress”. If you pull it all the way out, it is still not progress. Progress is healing the wound that the blow has made. They haven’t pulled the knife out or much less healed the wound. They won’t even admit the knife is there! – Malcolm X

Jaylen Brown was averaging 20.4 points, 6.4 rebounds, 2.2 assists per game for the Celtics.