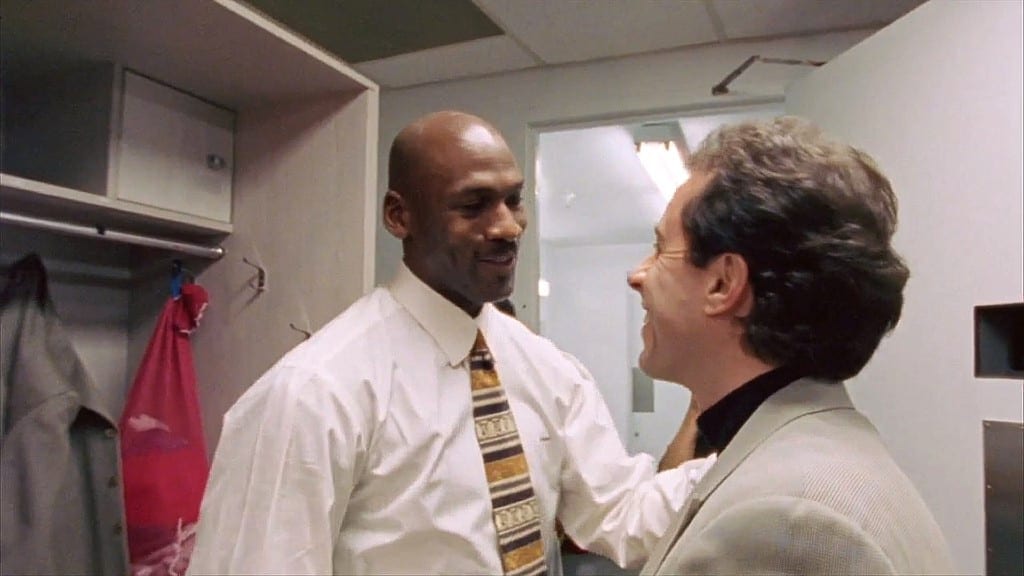 Jerry Seinfeld hasn’t seen the episode featuring him on the Last Dance, but that didn’t stop him from discussing it.

Seinfeld went on Kimmel to talk about it and have a few laughs.

The Last Dance has become must watch TV without any sports on. Episodes five and six didn’t disappoint as it featured a lot of great moments including some Kobe Bryant material.

Seinfeld was shown in his part of the clips talking to Michael Jordan and having an awkward moment with Chicago Bulls head coach, Phil Jackson.

It also led to Seinfeld talking about a play drawn up on the board. He says “that’s not going to work, I would get that out of there.”

Michael Jordan and Jerry Seinfeld having a conversation about nothing. #TheLastDance pic.twitter.com/8TD2soaGo8

Seinfeld wasn’t used to being in NBA locker rooms so the brief awkwardness wasn’t entirely surprising.

It happens and he is a TV star so he probably thought nothing of it. Probably never expected it to be on a documentary.