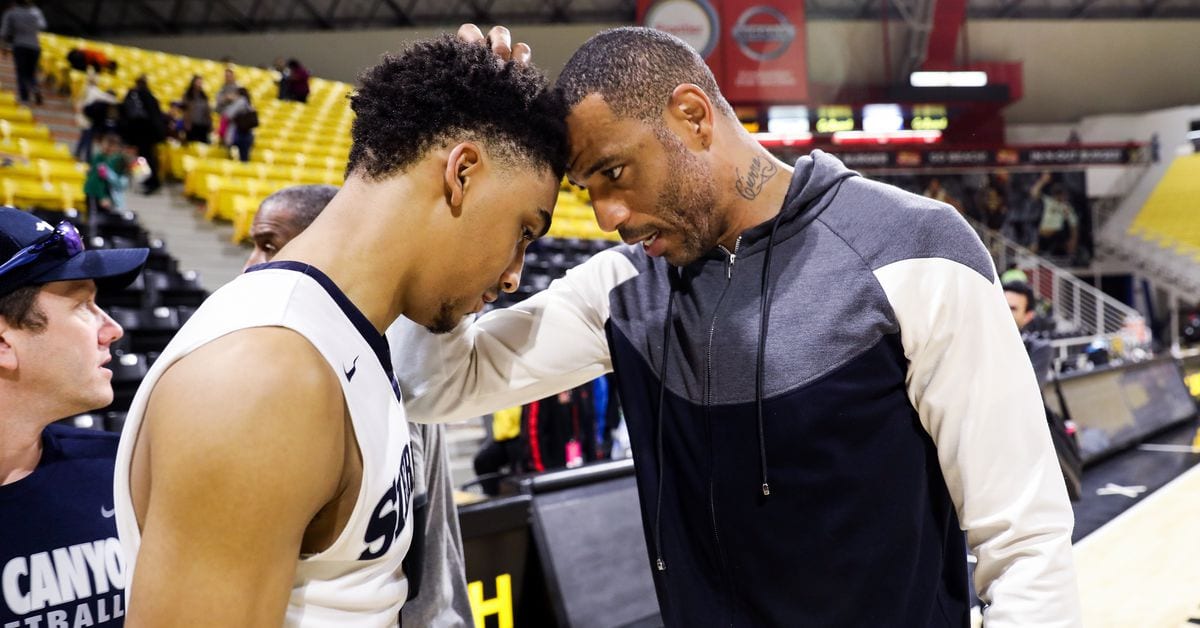 It’s official: Kenyon Martin Jr. has declared for the 2020 NBA Draft, according to ESPN.

Martin Jr., the son of NBA veteran Kenyon Martin Sr, is a 6’7 forward who played at IMG Academy last year after turning down a scholarship opportunity from Vanderbilt.

For Martin Jr., the plan was always to skip college and go pro.

According to The Undefeated, Martin’s decision was made after consulting with LaMelo Ball and R.J. Hampton, who spent the past season playing professionally in Australia and New Zealand instead of playing collegiately.

In the post by Martin Jr., he revealed that many did not agree with his decision to declare.

Despite all of that, he expressed his confidence in going forward.

“There was a lot of hate and doubt about my journey but I feel I’ve done what was best for me and now is the time to take the next step which is to Declare for the 2020 NBA Draft,” Martin Jr. said.

Martin Jr. is regarded as a player with high energy and extreme athleticism while averaging 20 points and 8 rebounds this season.

The elder Martin played 15 years in the league and made one All-Star game after being the top pick of the 2000 draft class out of the University of Cincinnati.