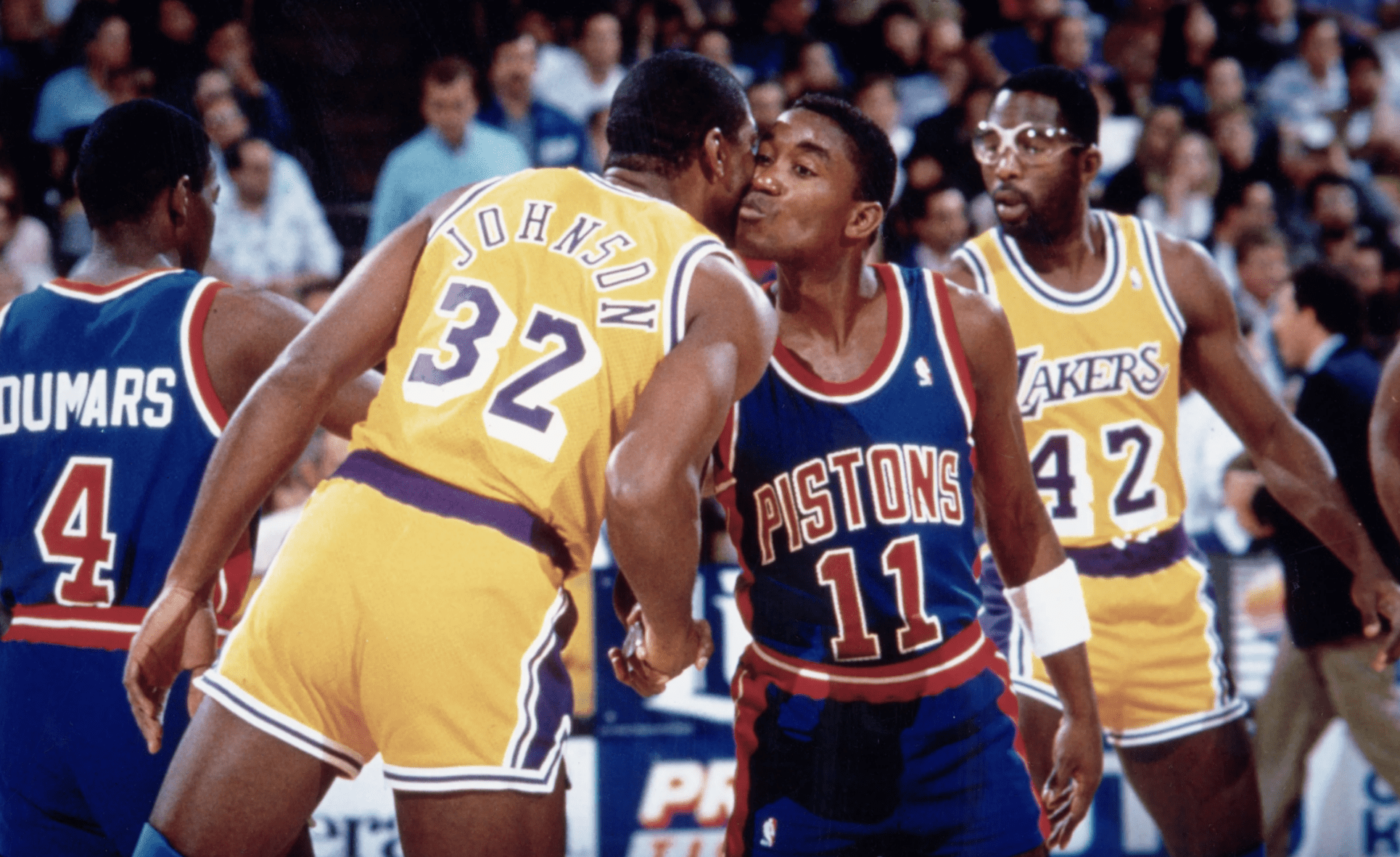 The 1988 NBA Finals between the Los Angeles Lakers and the Detroit Pistons was one of the greatest playoff series we’ve seen.

The Lakers, led by stars Magic Johnson, Kareem Abdul-Jabbar and James Worthy, absolutely dominated the Western Conference during the early 1980s; winning championships in ’80, ’85, and ’87.

Going into the 1988 season, all eyes were on the Lakers to see if they could secure a title repeat.

During this time, the Lakers’ biggest rival in the Eastern Conference was the Boston Celtics, but by 1988, the Isiah Thomas’ Detroit Pistons had usurped them.

The Pistons were notorious around the league for using physical strength to intimidate the competition, which resulted in the team becoming known as “The Bad Boys.”

The Bad Boys and the Showtime Lakers came head to head in the 1988 NBA Finals and the ensuing battle for basketball supremacy was legendary.

Although many considered the Lakers to be the favorites, skepticism grew after a blowout loss in Game 1.

Los Angeles then bounced back to win games 2 and 3, only to be followed by Detroit who returned the favor by winning games 4 and 5.

Down 3-2, the Lakers showed up in full-force to push the series to a game 7.

With the series tied in a do or die final game, the Pistons simply didn’t have enough to stave off their ravenous competition; largely due to the fact that star Point-Guard Isaiah Thomas was injured.

Through blood and bruises, the Lakers emerged victorious and retained ownership of the Larry O’Brien Trophy, although some feel that the Pistons were cheated.

Lakers Forward James Worthy was given with the Finals MVP trophy, averaging a team-high 22 points points, seven rebounds and 4 assists.

Many view the 1988 NBA Finals as a transition year for the league, and the beginning of the end of the Showtime Lakers.

1989 was Abdul-Jabbar’s last year in the league, and also the year the Pistons established themselves as the best team by beating the Lakers for their first-ever title.