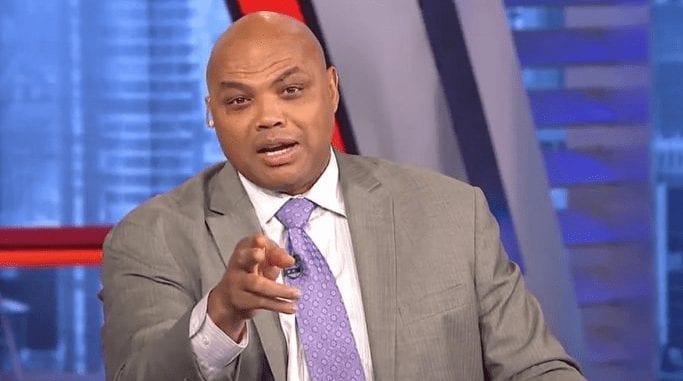 As if coronavirus fears weren’t enough drama for the NBA this week, Charles Barkley and Draymond Green are trading verbal shots after the Golden State Warrior threatened to take Barkley’s job.

During an interview on the Dan Patrick Show Tuesday, Barkley assured listeners that his position as an analyst was safe, but first, he took a few jabs at Green.

Here's what Charles Barkley had to say on today's show in response to Draymond Green. pic.twitter.com/e4fD4V5hIl

“He thinks the crowd is cheering for him. He doesn’t realize he’s standing next to Justin Timberlake. He’s the least famous person in a boy band, and he thinks he’s a star.”

Green has been carrying the load as the Warriors have struggled through the season without their leading scorers Klay Thompson and the recently returned Steph Curry.

“Enjoy being in the band because you’re never gonna have any hit singles.”

Barkley, who has won three Emmy Awards as a studio analyst on TNT’s ‘Inside the NBA’, reasoned Green wouldn’t be a good fit for his job.

“First of all, he don’t have a face for TV,” Barkley said.

The initial sparing began when Barkley joked about Green’s performance in a recent game.

After Green was ejected, Barkley noted the three-time NBA All-Star had recorded a “triple-single,” single-digit stats in scoring, rebounds, and assists.

Draymond Green on the recent TNT criticism: “(Charles) Barkley should stop before I take his job. Because I can do that well, too…He also can’t talk basketball with me either. Not smart enough, not qualified. No rings, can’t sit at this table.” pic.twitter.com/AmGw6jZidE

“Barkley should stop before I go take his job…. He already didn’t make enough money playing, so he needs that job,” said Green.

The power forward added, “He probably should be quiet. He also can’t talk basketball with me either. Not smart enough, not qualified. No rings, can’t sit at this table.”

Meanwhile, Green and the Warriors are sitting in last place in the Western Conference.