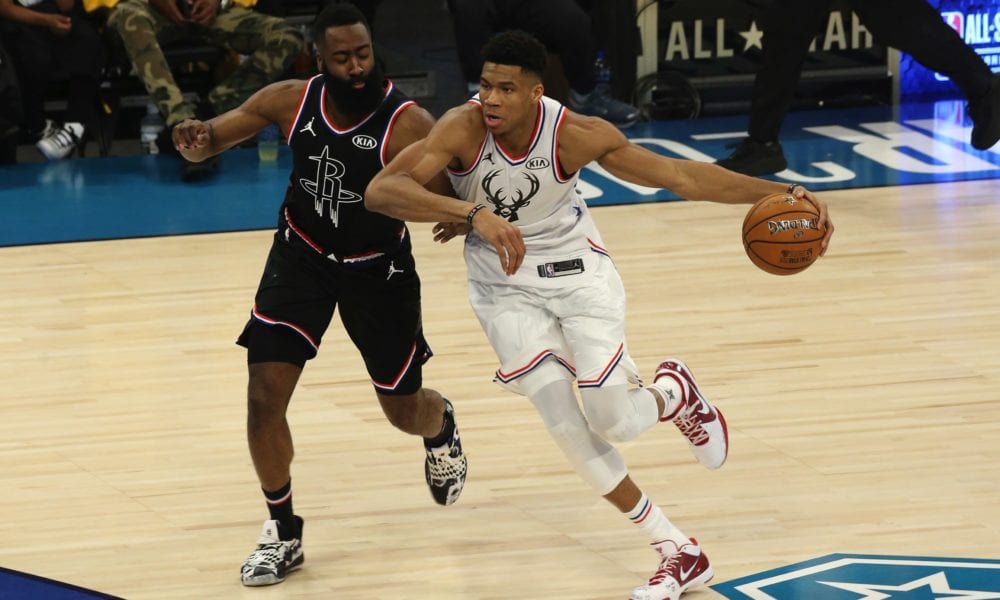 If it took you a while to understand the new All-Star format, or if you still aren’t quite there yet, you really shouldn’t feel bad.

I mean, what is this mess?…

If there’s one thing I know for sure, it’s that the best way to capture and sustain people’s attention on social media is with an extended series of rambling paragraphs.

The good news is we have condensed that hot mess into four lines:

NEW NBA ALL STAR GAME FORMAT:Team LeBron and Team Giannis will compete to win each of the first three quarters, with…

OK, so now that you understand the new rules, let’s jump into why they are problematic.

Remember, the score required to win is only 24 points more than the leading team’s three-quarter time tally.

And with the world’s best offensive firepower all over the floor, these guys could reach their total and end the game in no time.

Admittedly, there will also be the world’s best defensive firepower on the floor, and the NBA is banking on their new format prompting each team to give their all at both ends of the court.

But even the league’s highest-scoring team, the Milwaukee Bucks, would only need about 9 minutes to score 24 points, based on their average scoring rate this season.

This may not end well.

The game could end just as it’s heating up

Imagine if someone like LeBron, Giannis or Luka gets red hot and leads to their team to its target score within four or five minutes.

Not only would the fourth quarter be over in the blink of an eye, but everyone in attendance and watching at home would have to call it a night, right as things were getting good.

The quarter-by-quarter concept is fundamentally flawed

The NBA is trying to encourage its players to adopt a Dominic Toretto mentality and live their lives a quarter mile at a time.

But how much will the quarter-by-quarter scoring system matter to players when the aggregate score comes back into play later in the night anyway?

Sure, the teams would be letting down their chosen charity if they completely ignored the quarter-by-quarter scores.

But with the aggregate tally still being tracked in the background, the score never truly resets at the start of each quarter.

This might just be too much of a change

Avid fans of The Office will recall Nellie Bertram suggesting mid-job interview that under her reign, all job titles and any sense of hierarchy would be scrapped.

Following the slightest bit of questioning from Jim, she immediately does a 180 and suggests a system where “everyone is somebody’s boss, and that person can fire the person below them”.

Clearly, this change was a little too radical to work.

Well, when it comes to this year’s All-Star Game, the NBA is Nellie Bertram and its fans are Jim Halpert, sitting stunned on the other side of the table.

You can always tweak an existing structure, but throwing the whole thing out the window and building something radically different always comes with extreme risk.

Remember what happened in 2014?

That was the year the NBA fundamentally changed the way the dunk contest worked by splitting it into conferences and adding a freestyle round.

It did not go down well with fans at all and was immediately scrapped.

This year’s All-Star Game is in grave danger of suffering the same fate.

The NBA is veering too far away from actual basketball.

There is a much simpler solution

Rather than drastically altering the fabric of the game, how about just playing a regular game and adding genuine incentives?

It could be a cash prize that actually moves the needle for NBA players (with plenty still going to charity as well) and/or some sort of incentive that carries over to the season itself.

This isn’t the best way to honour Kobe

The “24 more points” feature is a well-meaning gesture, but none of this is overly befitting of a tribute to Kobe.

The best way to honour him is with a hard-fought game of actual basketball, not whatever this version of the game this is.

Related Article:  Kobe Bryant And The Complications Of Grief
-->