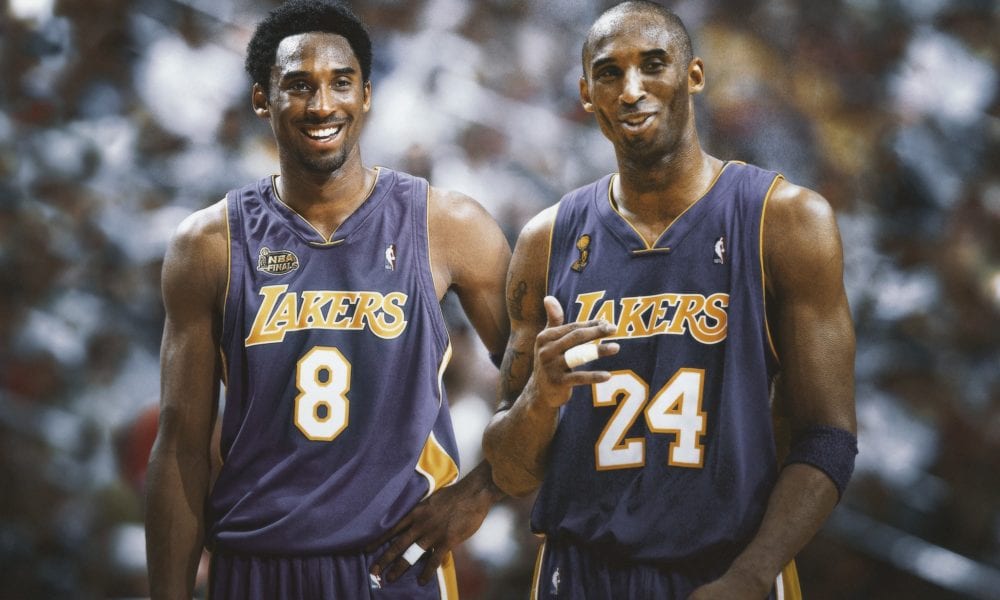 It’s been more than 24 hours since Kobe’s tragic passing but my pain is getting worse, not better.

I have glumly poured through every imaginable Kobe tribute and none of them felt right.

After all, these were gifted writers, and I’m an emotional person.

Eventually, it dawned on me that I felt this way because it was simply impossible to do justice to Kobe’s career, life, and lasting impact on millions of people around the world.

On top of that, I was still numb.

I was reading the words but they weren’t sinking in.

How could this be real?

How could the most relentless, unstoppable athlete of our time go out like this?

None of it made sense.

And the thought that this unthinkable news would eventually sink in only made me feel worse.

That in itself will feel like a second wave of punishment for us all.

Strangely, the immediate stage of grieving can in hindsight seem like the “easy” part.

The tearful late-night phone calls with fellow Kobe lifers, the reminiscing of his most memorable moments, those nights outside Staples Center standing shoulder-to-shoulder with seemingly the entirety of Laker Nation.

It’s in moments like that that we almost feel as connected as we do distraught.

Sometimes, the hardest part of grieving comes when it’s time to go back to work and everyone’s acting like nothing happened… when everyone in your life without any connection to the deceased expects you to get on with it after a couple of days… when regular life resumes but it feels anything but.

The reality is that this pain will last years, and things will never truly be the same.

It doesn’t matter if you never knew Kobe personally.

He made millions of people feel something that’s impossible to describe.

And while giving himself a nickname was always going to invite accusations of vanity, the truth was that Kobe was as real as they came.

Playing in a league where many invest significant mental energy in their rap albums, endorsement deals and post-game party spots, the only thing Kobe cared about was basketball.

As a result, the only thing millions of basketball fans cared about was Kobe.

Kobe won’t be there to see his statues revealed, to deliver what would have been an all-time Hall of Fame speech, or to see his daughters graduate from college.

But we were there to see him play.

Focusing on the positives is the only way to stay sane and avoid a vicious mental spiral.

So, again, we were there to see Kobe play.

We were that minuscule proportion of those who ever have, and ever will, walk the earth at the same time as Kobe Bean Bryant.

We were the rare beneficiaries of that special gift.

And for that, we should be forever grateful.

We miss you already.