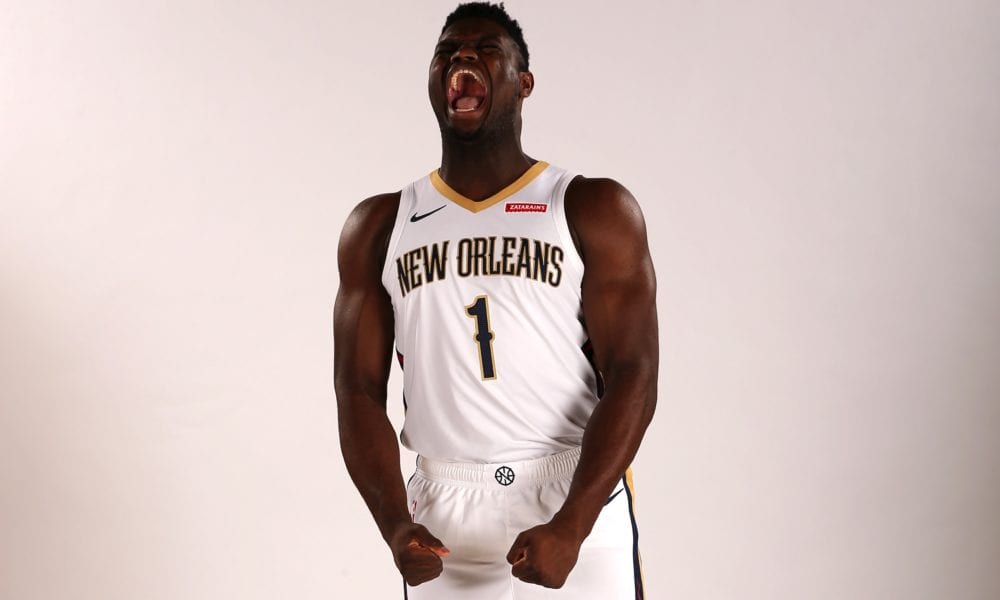 Zion Williamson has progressed to “full weight bearing” exercises, and when you’re as heavy as Zion, that’s no mean feat.

“He’s made really good progress. I know we’ve reached the eight-week point, and everyone is ready to see him. I think we’re a little ways away yet, but today was a really big first step.”

Despite Williamson’s progress, there is still no set date for his return.

The Pelicans were initially hoping to have their prized number one pick back on the court six to eight weeks after he had meniscus surgery on October 21.

But the team has taken an extremely cautious approach with the 19-year-old and remains tight-lipped on his projected timeline.

Related Article:  The Case For And Against Letting James Harden Go For Scoring Records In A Blowout
-->