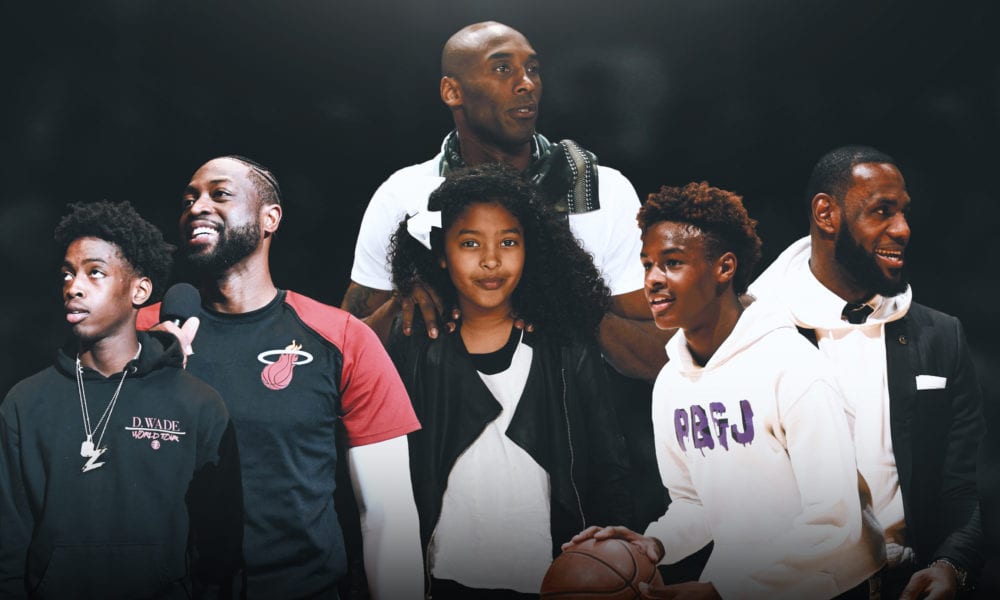 Have you ever wondered what it would be like to be an NBA star’s kid?

Someone like Zaire Wade, Bronny James or Natalia Bryant?

The pitfalls are obvious: the target on your back, the constant pressure and attention, the mental health risks that come with fame at a young age.

But of course, having an NBA superstar for a dad also comes with its perks.

These kids are growing up with some of the greatest basketball minds in the world, undergoing to best possible basketball mentorships from day one.

So, what exactly do these superstar dads tell their kids, especially as they start to come under the national spotlight?

Dwyane Wade: The advice I give my son [Zaire] is, find out who you are and what it is you want to accomplish. Have somebody to look at as inspiration, but be your true self. Once you find out who your true self is, now the real work starts. Now the work that you got to put in, the advice that you need to take, the inspiration that you need to grab from—those are all the things that come with it. But I’ll say the biggest thing is, find out what’s your purpose. What’s the reason you’re playing this game for? Try to find that out. For me, it was different from someone next to me or someone on this side. For me, I played for different reasons than a lot of guys or vice versa. So find out what that is first and then you can get to the rest.

Kobe Bryant: Be consistent. That’s the most important part. Be consistent with your work. [On how he coaches his daughter’s AAU team]: I draw a lot from Phil [Jackson]. Phil’s coaching philosophies and my coaching philosophies were put into the Wizenard series [Kobe’s recently released book series]. It’s one where you don’t give directions so much as ask questions. You want to get players thinking on their own and figuring things out on their own. We don’t have sets. We don’t have plays. We have ideas. Within those ideas, the players are responsible themselves for figuring out what is the best idea to use at what time and why.

Not quite sure how Kobe managed to squeeze in a plug for his book, but this was interesting stuff from him and D-Wade nonetheless.

Related Article:  The Case For And Against Letting James Harden Go For Scoring Records In A Blowout