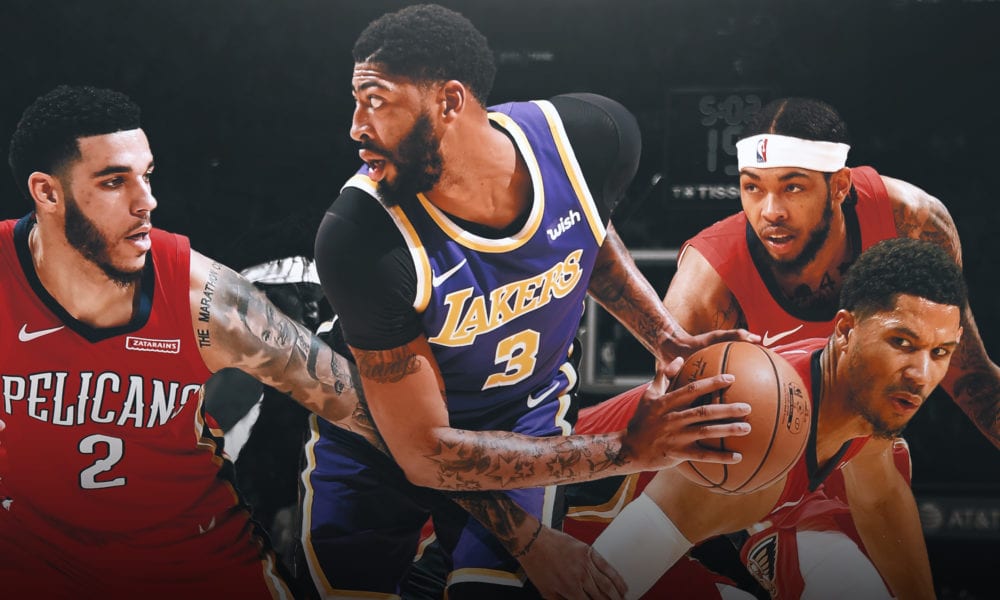 In that sense, Anthony Davis has killed two birds with one stone, and Pelicans fans will be ready for war when AD returns to Smoothie King Center wearing purple and gold on Wednesday.

While some players would play down the occasion, Davis can’t even front when it comes to this game.

“It’s hard not to think about it,” Davis told reporters on the weekend. “You just wait for it to happen. It’s going to be different, obviously.”

The drawn-out process of Davis’s departure – with the Pelicans refusing to be rushed into a deal – only inflamed tensions between AD the fans.

His ‘that’s all folks’ t-shirt didn’t exactly help smooth things over either.

Now it’s all about to come to a head when Davis returns “home”, something his teammate LeBron James is more than familiar with.

“I try to look at all the guys who went and had something like that,” Davis said. “But it’s unique, and I’m excited to go there and play for the first time with an opposing team, so it’s going to be fun.”

Of course, it will also be a major occasion for the three guys the Lakers shipped to New Orleans in the Davis trade: Lonzo Ball, Brandon Ingram and Josh Hart.

Hart was particularly unimpressed with how everything went down in LA, and Davis knows all three of them will be out for blood.

“Those guys are going to try to take our heads off just to prove a point,” he said. “I don’t want to say I want to take their heads off. I just want to win it.”

Related Article:  The New Zealand Breakers Have Descended Into Chaos