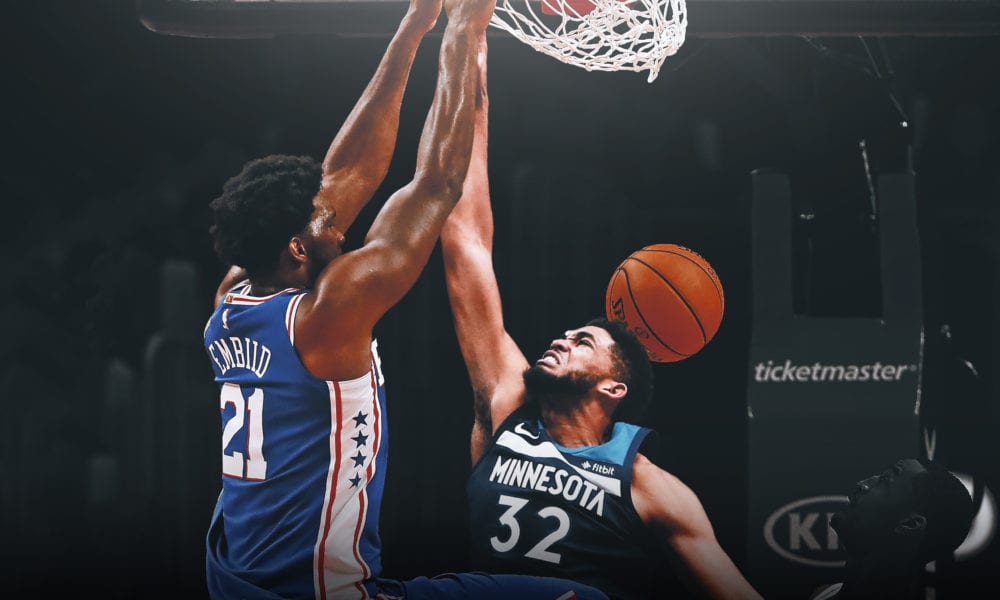 Joel Embiid has repeatedly stated that he owns Karl-Anthony Towns, and you know what?

No one is beating Embiid in a one-on-one troll war.