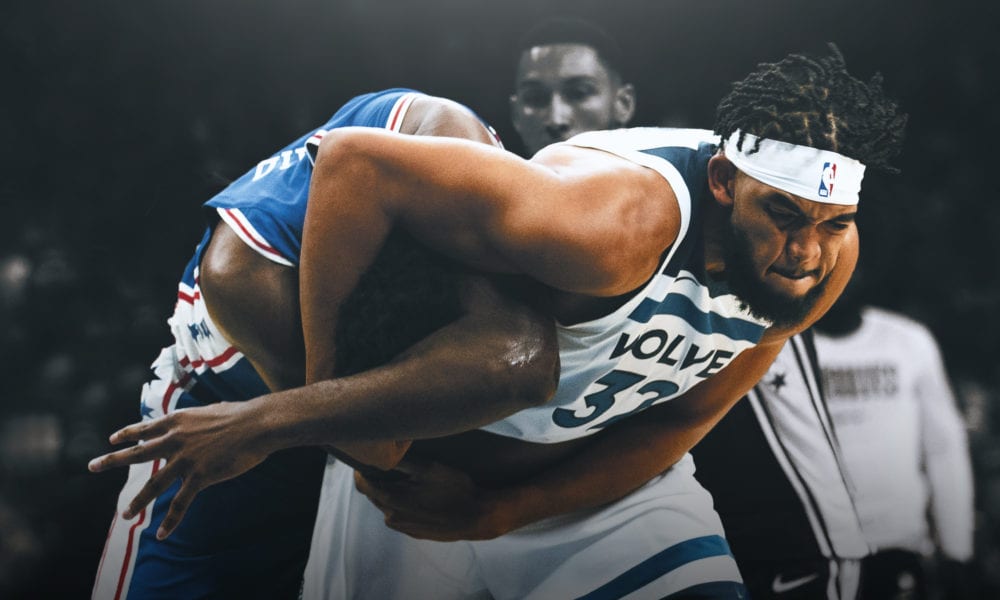 Whether it was live on the broadcast, later that night on SportsCenter, or even on the hallowed pages of Basketball Forever, you’ve undoubtedly seen the footage by now.

So you know how the story goes: Towns swings at Embiid and misses, the two big men wrestle each other to the ground, Ben Simmons’ music plays as he runs into the ring and gets Towns in a chokehold (and makes him tap out), Towns is escorted and Embiid riles up the crowd on his way down the tunnel to wild applause as actual basketball finally resumes.

That of course was followed by some highly entertaining social media commentary by Embiid and Towns, two guys who previously promised nothing was going to go down this season.

They then copped two-game suspensions for their troubles not long afterwards.

Now, as sudden and random as all of this may have seemed, it’s worth noting that this “fight” didn’t come out of nowhere.

The beginning of the beef

During a Sixers-Wolves game two seasons ago, Embiid taunted Towns when the latter picked up a technical.

Then after leading Philadelphia to a tense 118-112 overtime win, Embiid directed one of his trademark Instagram trolls at Towns.

KAT fired back in the comments, saying “That caption was as trash as your picture quality.”

The year after this beef began, Embiid’s 76ers made a trade with Towns’ Timberwolves to acquire Jimmy Butler, a man who famously and frequently tore shreds off KAT, accusing him of being soft and not making the most of his talent.

It’s pretty safe to assume Butler had some things to say about to Embiid about Towns when he arrived in Philly.

Of course, there’s no way to prove the extent to which Butler played a role in this whole thing.

All we know for sure is that any time you add Jimmy Butler to a spicy situation, it gets spicier.

The Embiid-Towns rematch is set for March 24.

No word yet on whether it will be a Hell in a Cell or Buried Alive match, but you’re going to want to clear your schedule regardless.

Related Article:  Meet the No-Name Rookie Who's Torching the NBA
-->