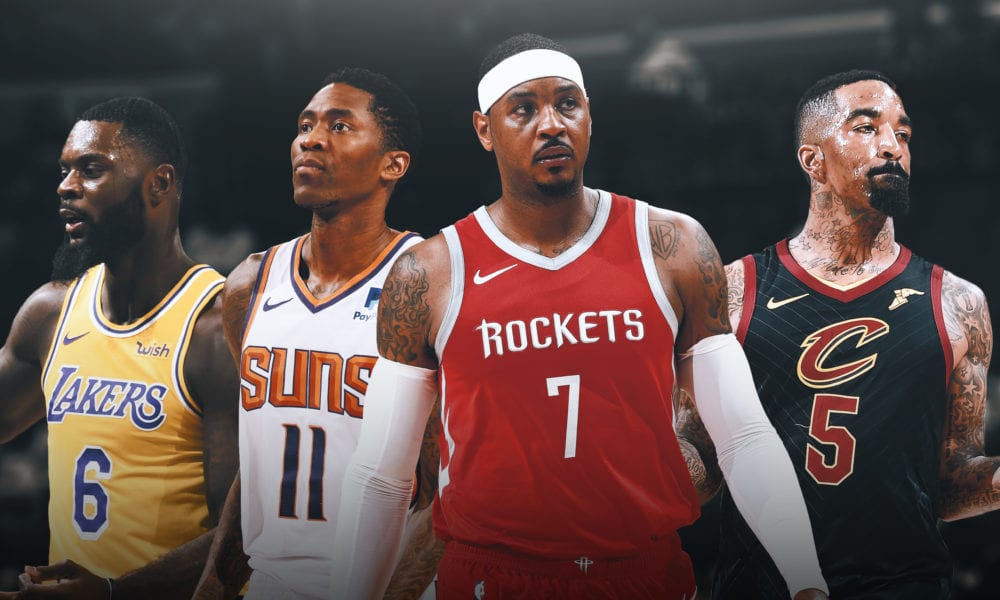 With the season well and truly underway, there’s still a handful of household names watching the action from their couches.

Here’s who is still on the market:

Just imagine a dejected Melo, still waiting by the phone, his face dropping when it finally rings and it’s just his gas company hassling him about an overdue bill.

Stephenson is currently plying his trade in the Chinese Basketball Association, where his mere presence is undoubtedly soothing international relations between the US and China.

Houston was a great fit for Faried last season and he experienced a mini re-birth as a result.

Faried played some of his best basketball in years under Mike D’Antoni, and his 12.9 points per game was the second highest scoring mark of his career.

While the Rockets figured signing Faried was worth a shot last season, no one seems to share that view this year.

He’s no defensive guru, but surely someone could use 15 minutes of instant buckets every now and then.

Shumpert brings defensive intensity and championship experience wherever he goes.

Still only 29, he attracted interest from the Bulls and Grizzlies over the offseason (according to Shams Charania) and he’ll undoubtedly find a home before we get to the business end of the season.

No one in the NBA seems to be knocking on JR’s door just yet, although several soup kitchens have expressed interest.

The Pistons signed Johnson over the summer and then waived him before the season even began.

Surely someone could use the services of the BIG3 GOAT.

Brewer is currently without a team, which is great news for James Harden.

Related Article:  Meet the No-Name Rookie Who's Torching the NBA