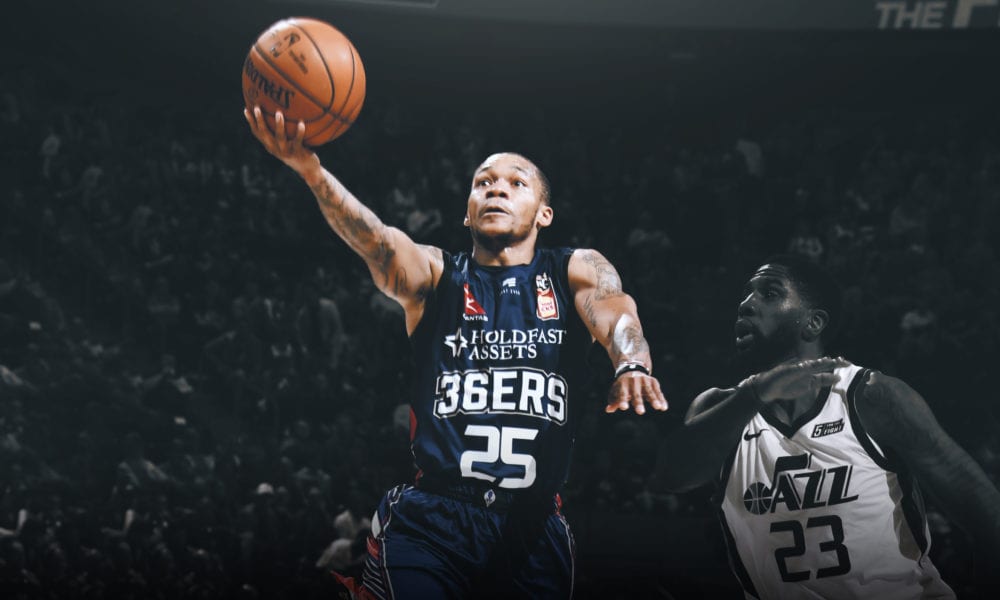 No one could blame Jerome Randle if he felt disrespected.

He has long been overlooked by NBA teams despite his NBA-level talent, wasn’t offered a new contract by the Sydney Kings this past offseason and even had his name misspelt by NBA scorers in a game against the Utah Jazz on the weekend.

But even as Randle prepares for Saturday’s dramatic return to Sydney – his first game in the Harbour City since departing the Kings and re-joining the Adelaide 36ers – he insists there are no hard feelings.

“I don’t take it personal,” Randle told Basketball Forever. “They wanted to go in a different direction. Maybe I wasn’t giving them what they wanted as a point guard and that’s fine.

“They felt Casper Ware was gonna give them more than what I gave them and I take my hat off to Casper Ware because he’s a great player. But I have nothing bad to say about the Sydney Kings organisation.”

Not only did Sydney replace Randle with his most direct rival, they replaced him with the man who ended his season.

Ware scorched the Kings in the semi-finals with 22 points and 7 assists in Game 1, followed by 30 points in Game 2 to close out the series in clinical fashion.

Adding to Randle’s frustration was being forced to battle through a severely limiting glute injury as Ware proceeded to raise hell.

“Every time you step on the court, no one cares if you’re injured or not,” Randle said. “I’m not making excuses about that, it happened and I moved forward. All I can think about is what lies ahead.”

Interestingly, a glute strain wasn’t the only thing that made Randle feel like his abilities were hindered in Sydney.

“The Kings were obviously Bogut’s team,” he said. “He was the MVP and rightfully so. But that wasn’t my team, I was just a player on that team, which is fine.

“But in Adelaide I can just be myself and I can have my own input on what goes on out there on the court. I can be who I need to be, the guy I’ve been my whole career. Joey is someone that preaches that and allows me to be myself.”

Those in basketball circles are sometimes surprised when Randle speaks positively about Adelaide coach Joey Wright, as their relationship was rocky at times when they last worked together.

But as Randle pointed out, he praised Wright publicly on numerous occasions during his time in Adelaide and the two of them were more than willing to reunite.

“People have to understand that if all this negative stuff came out of his mouth, then OK, that would have been something totally different. But this is coming from bloggers and everybody just saying what they want to say.

“Joey is one of the best coaches I’ve ever dealt with. He gave me the love for the game again four years ago when I felt like I probably didn’t want to play anymore.”

It’s clear when talking to Randle that he’s determined to move on from his past and focus on his future.

And yet, his immediate future – which is earmarked by a season opener against Ware and the Kings in Sydney – is such a blatant reminder of his recent past.

But just because his return to Sydney and rematch with Ware has a striking sense of déjà vu about it, that doesn’t mean it has to be the same result for Randle.

And now that he’s feeling like himself again, with yet another point to prove, it’s safe to assume that this time, things will be very different indeed.

Related Article:  EXCLUSIVE: Tim Hardaway Sr On 2000 Olympics And Having The GOAT Crossover
-->