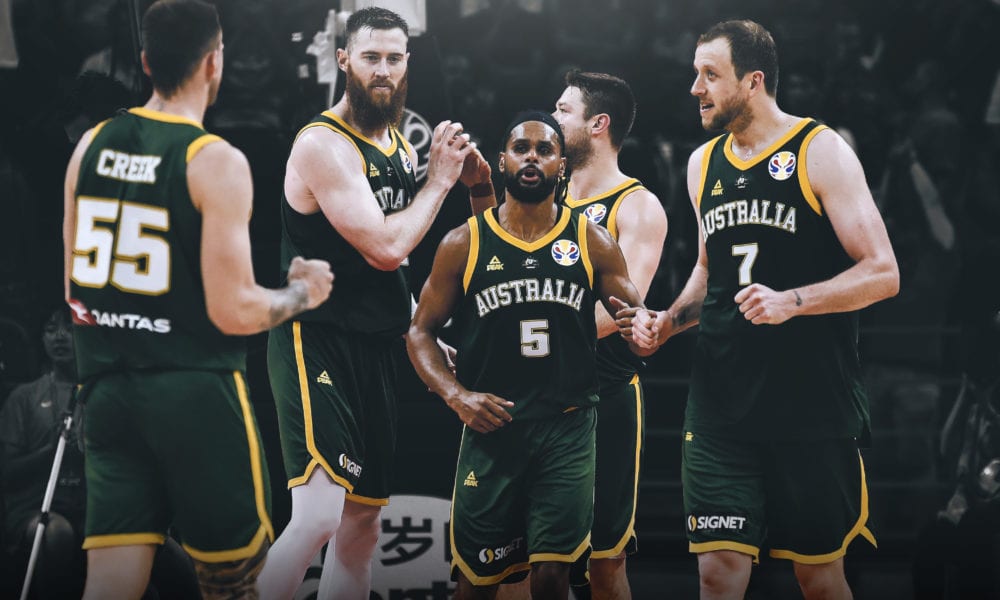 This daring band of Aussies are just two wins away from the World Cup’s gold medal match after fighting their way to a 5-0 start, backing up their historic exhibition victory against Team USA with statement wins against France and Lithuania.

These are the exploits of a medal-less team which finished 12th at the last World Cup and 10th at the one before that.

It’s been a tremendous effort from a squad which embodies the hustle, grit and selflessness that Australian basketball is known for.

Meaningful contributions have come from every rotation player.

Mills is a blinding offensive force whenever he pulls on the green and gold, Bogut is a crafty passing genius, Baynes is a fearless crusher of skulls, Jock Landale is world class and Joe Ingles is a playmaking, shit talking machine.

Dellavedova takes no days off, good things happen whenever Mitch Creek hits the floor, Chris Goulding can’t miss, Nick Kay is making fools of his critics and so is head coach Andrej Lemanis.

But what really makes Australia’s unbeaten run so impressive is the unprecedented disruptions, withdrawals and controversies that marred their World Cup preparations.

The most egregious distraction was Ben Simmons’s muddled, public mishandling of his national team commitments and ultimate withdrawal.

That was followed by Australians everywhere choking on their cornflakes when NBA players Mitch Creek and Deng Adel were omitted from the final team in favour of Nathan Sobey and Cam Gliddon, both of whom play for Lemanis’s Brisbane Bullets.

There were further complications when promising youngster Xavier Cooks was ruled out with a knee injury days after the squad was selected, although that did at least pave the way for Creek’s return.

The Boomers kicked off their warm-up games with a disheartening and disjointed loss to Canada, a result which only surrounded their team with further grumblings.

Jonah Bolden then abruptly bolted on the team after making it through all of camp and two exhibition games, citing personal reasons when in reality he was simply unhappy with his minutes.

And if all that wasn’t enough, the media shitstorm prompted by the Fyre Festival-esque logistical execution of Australia’s two games against Team USA only served to provide further distractions.

It was just one thing after another for the Boomers.

There was an endless list of excuses they could have used… every reason in the world to look ahead to next year’s Olympics.

But that has never been their style.

Instead, they blocked out the noise, galvanised as a group and played like their lives depended on it.