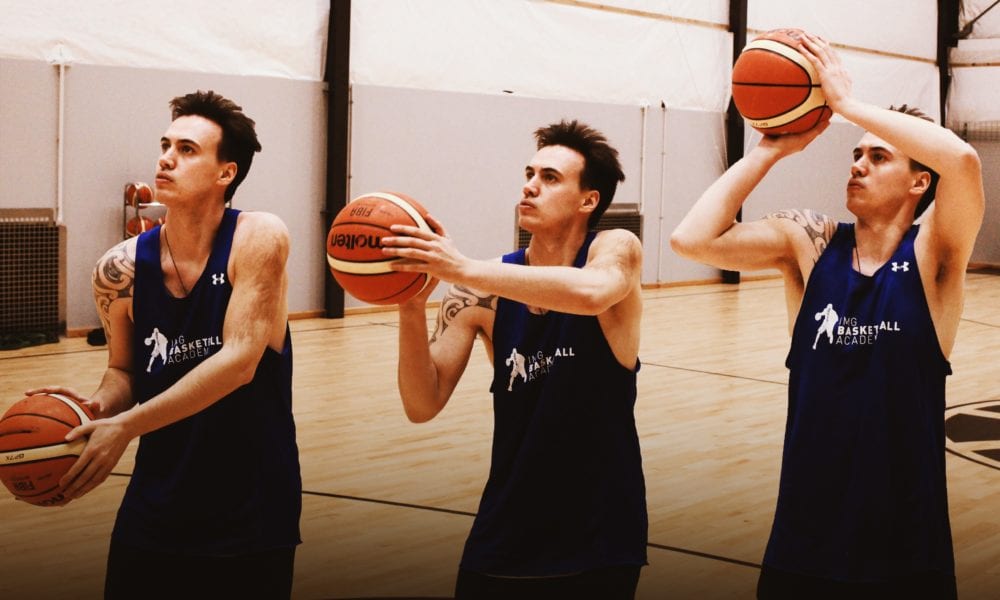 If you recognise the name Tristan Barker, it’s probably not because of his basketball abilities, but because he was once dubbed Australia’s most infamous online troll.

But while Barker once seemed destined to become the next member of the Chaser, he was in fact closer to becoming the next Giannis Antetokounmpo.

As a youngster, Barker was a breathtaking specimen and he put his physical gifts to good use on the basketball court, using hoops as a distraction from his troubled upbringing in Melbourne and Rotorua, New Zealand.

He even set a record for the best Under Armour 360 Combine score as a high school freshman, an unheard-of feat.

Whenever he hit the court during his early years, it looked like someone had dropped a high school senior into an Under 12s competition, as Barker proceeded to dominate in ways his astounded coaches had never seen before.

He routinely pinned shots against the backboard only to bring the ball back down, blocked shots with his armpit on more than one occasion and pulled down so many rebounds that his coaches started counting the ones he didn’t get.

When one opponent hugged the ball like pre-game Tim Duncan in an attempt to ward off Barker’s ominous advances, the towering youngster lifted the ball high into the air with the poor kid still attached to it.

For a long time, Barker’s parents (one of which, his father Michael Barker, just happened to perform with The John Butler Trio and Split Enz) had no idea how good he was because they were so focused on the athletic pursuits of his brother, Marvin Barker, an elite tennis prospect who once had more funding than Bernard Tomic. 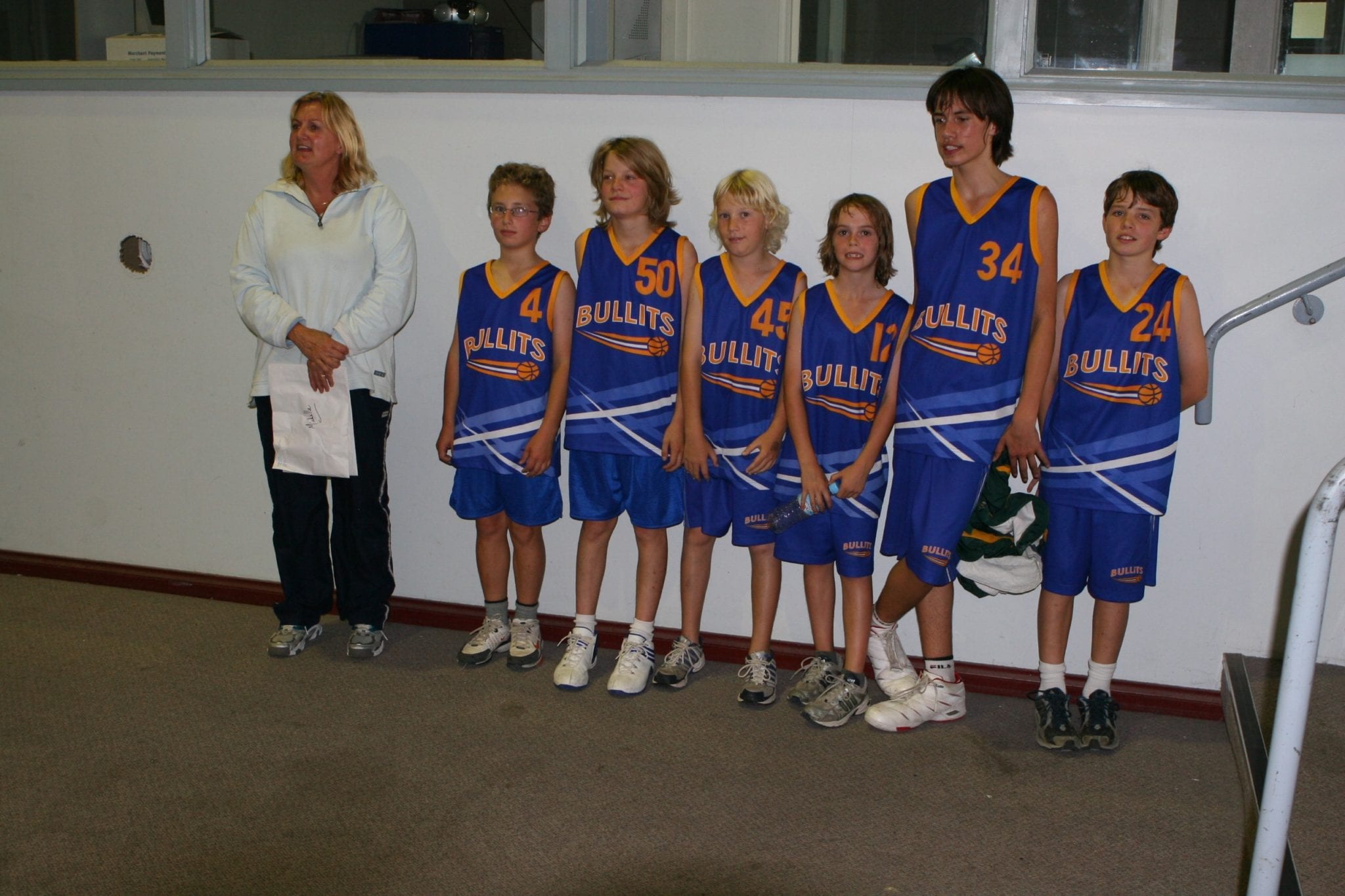 But it wasn’t long before Tristan was also an elite sporting prospect.

Barker’s dominance soon led him to renowned American academy, IMG, where his coaches believed he would go on to play collegiately at the Division 1 level.

It was there that Barker suited up alongside current Dallas Mavericks big man Dwight Powell, while also playing with and against a host of other NBA hopefuls.

And while everyone around him was suddenly a lot bigger and faster than back home, Barker still managed to stand out in more ways than one.

“He outworked and out-gymed everybody,” IMG coach Dan Barto said.

“With how much he worked on his lifting and his jumping, he was able to physically dominate.

“He was always working.

“There weren’t too many times that you left at night where he wasn’t playing somebody one-on-one or sneaking into the weight room.

“In the 17 years that I’ve been here, there’s only a handful of kids that you remember having to constantly kick out of the practice facility.”

While IMG’s coaches soon became aware of Barker’s abilities as an aggressive combo guard, not one person knew of the excruciating pain he was enduring behind the scenes.

Barker had long been dealing with an injury described as an avulsion fracture of the ischial tuberosity, a rare and often misdiagnosed ailment with no widely agreed upon treatment.

In simple terms, his hamstring had become much stronger than the bone attached to it, causing tears at the pelvis and glute.

That worsened with time as Barker’s muscles tightened to the point that they choked nerves throughout his body, leaving him to deal with extreme pain, decreased mobility, stunted growth, loss of feeling and partial paralysis.

“I didn’t know if I would ever get feeling or function back,” Barker said.

“At the lowest point, I had a paralysed hand for two weeks.

“I used to take daily ice baths hoping that it would fix the problems I was trying to hide.

“I healed from the injuries so poorly and eventually just got used to them and looked past the pain.”

But before Barker had the chance to properly work through his injury troubles, his stint with IMG crumbled when he was hospitalised with a drug overdose.

Barker had also breached his on-campus housing agreement in the process and couldn’t afford to live off campus.

“They could have turned a blind eye, but I was a little shit at the time,” Barker said. 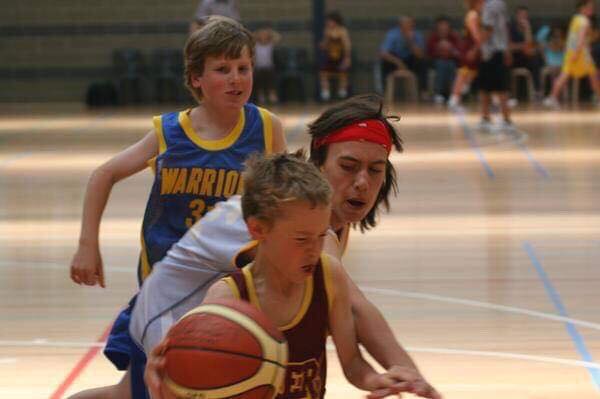 That led him to rival team Impact Academy, whose coaching staff remembered him from torching them in a previous on-court battle.

But it wasn’t long before Barker let that opportunity slip away too, getting himself kicked off the team after breaking a teammate’s eye socket during a locker room skirmish.

“I told him I wasn’t gonna have that sh*t, that basketball was all that mattered to me and someone f*cking that up wasn’t acceptable.

“I said you’re either going to stop this sh*t or we’re going to have it out right now.

“He made a move and I responded by hitting him in the eye.”

Barker was clearly an abrasive personality, a trait which often landed him in hot water.

It’s something his IMG coaches will always remember, and while they would never condone violence, they insisted Barker’s intensity came from a good place.

“He had an alpha mentality,” Barto said.

“If you want to talk about a Jimmy Butler personality…I mean, I would agree with that.

“His constant voice and verbal energy was something that I don’t think any of us will forget.

“I love the kid, and his energy was infectious, but yeah it was… constant.

“I still tell him to this day, there’s that fine line between becoming overly successful through your passion and going crazy because you’re over-passionate, and he was always teetering on that line.”

After being kicked out of Impact Academy, Barker decided to move back home.

He was in severe pain and had burned numerous bridges in the basketball world anyway, so he focused his energy elsewhere.

That eventually led Barker to establishing an online presence as what he described as “somewhere between being a cyber punk vigilante and a comedian”.

He shot to fame in 2013 through his Facebook page ‘Facebeef’, which claimed its purpose was to satirise public figures and expose those in positions of power.

Barker’s online activity led to months of national media coverage, including a News Corp story which resulted in the responsible journalist getting fired, a Today Tonight story which culminated in Barker striking a reporter while dressed in a Nazi costume, another Today Tonight instalment which saw Barker trick them into covering a bogus story by setting them up with a fake interviewee, a breakfast radio interview which ended with the hosts hanging up on Barker red-faced, and a Media Watch segment which railed against the mainstream misrepresentation of Barker and largely vindicated him and his family.

But Barker was more than just a kiss of death for every reporter he encountered.

He still had an incredible basketball skillset and knew he was missing his calling.

But he was no closer to figuring out what to do about the pain. 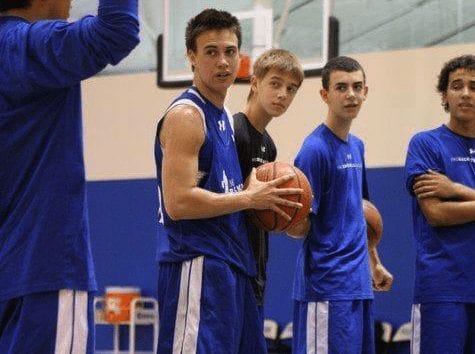 Ultimately, it was a near-death experience which led to his re-birth.

Last year Barker got the fright of his life when a van pulled out right in front him, forcing him to swerve violently into a gap of oncoming traffic to absorb the van’s blow into the side of his car instead of hitting it head on.

He believed that if he didn’t have that exact, immediate reaction, he would have killed at least one person inside the van and been charged with manslaughter.

Barker escaped without life-threatening injuries, but the incident certainly didn’t help with his pain and led to him seeing a physiotherapist.

Incredibly, that’s when everything finally started to change.

Those appointments led to Barker discovering that his nerves were trapped, not damaged.

He was told that not only was a full recovery possible, but that he had the chance to become 10-30 percent more athletic than when he was playing through injury.

“Before that, every GP had written me off,” Barker said.

“I had my hand and arm diagnosed as incurable by a musculoskeletal specialist.

“They were even sending me off to get checked for nerve cancer, that’s how bad things got.”

Now, Barker is working towards mobility, feeling and function through an intensive routine and various non-invasive treatments.

He no longer has any issues with paralysis or loss of feeling and says he is 60 percent of the way to peak physical condition.

And while Barker never grew beyond 6’3”, he believes he will quickly regain the skillset and athleticism that will make him a legitimate professional prospect in Australia or Asia.

Not only is that his goal, he feels like he owes it to himself and everyone around him to make something of his derailed basketball career.

“A big part of it is being paralysed and watching people with able bodies do nothing with them,” Barker said.

“I consider it spitting in God’s face to not at least give it a shot.”

If Barker’s online presence is any indication, he doesn’t do things by halves.

And much like many of the tabloid journalists and shock jocks who went after him, the basketball world could be in for one hell of a surprise.