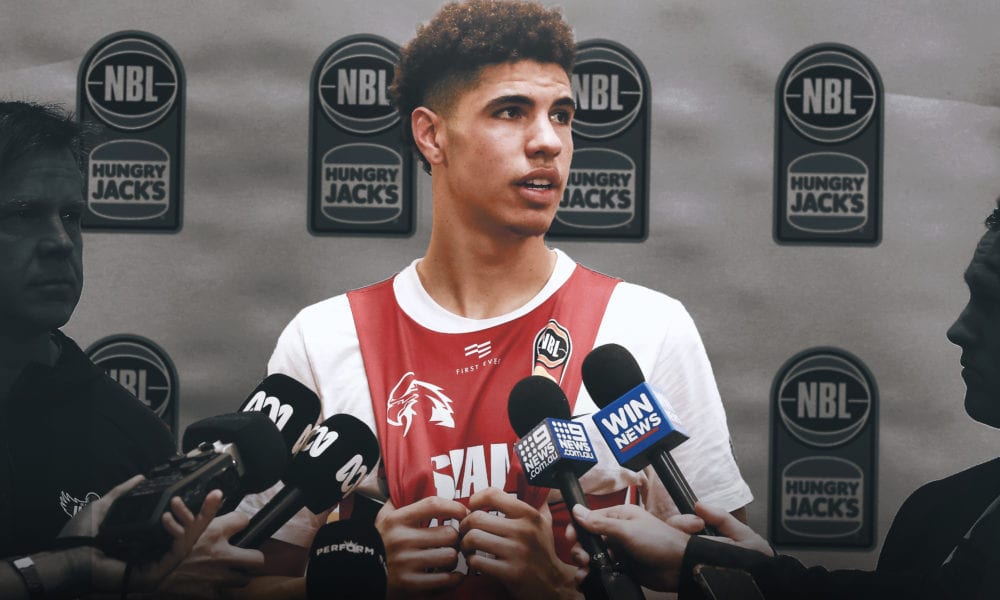 There is no denying that signing LaMelo Ball comes with at least an element of risk. But as far as the Illawarra Hawks and the NBL are concerned, that risk hardly outweighs the potential bounty of rewards. Those views are not shared by everyone, however.

The moment Ball’s Australian adventure became a possibility, an army of NBL fans jumped on social media to express their concerns about the media circus that follows the Ball family and how it could derail an otherwise tight-knit NBL club.

It’s worth nothing that most fans weren’t having a dig at Ball or his controversial father. Instead, their concern was coming from a genuine place.

One man paying particularly close attention to all of this was NBL Commissioner Jeremy Loeliger, and while he understands fans’ underlying concerns, he is adamant that the NBL has all bases covered.

“One of the very early conversations we had with Ball and his camp was the fact that he didn’t want a circus,” Loeliger told Basketball Forever. “He’s trying to… not escape it exactly, but he’s trying to put himself in a position to make the best impression upon basketball clubs back in the States.

“And if there’s one thing that NBA clubs hate, it’s a social media circus. So he’s very consciously saying to us ‘I just want to concentrate on basketball’.”

The Hawks tripled their usual media turnout at Ball’s first training last week and that was despite the majority of the country’s basketball media being in Melbourne for the Australia-USA games.

It has been an interesting balancing act for the NBL following Ball’s arrival, with the league understandably salivating at the exposure Ball can provide, while also promising to help him keep a lid on things.

Then there’s the LaVar factor, although the patriarch of the Ball family has been relatively quiet lately.

Loeliger, meanwhile, believes LaVar and the NBL are much more on the same page than most people realise.

“LaVar has a business to run and he’s got contractual commitments to all kinds of folks, but ultimately, he’s a dad that you’d want any young basketball player to have because he loves his sons and he wants what’s best for them,” Loeliger said.

“He was a very big part of LaMelo coming to spend a season in Australia, so it’s not like there are forces pulling in opposite directions. Even with their popular reality TV show, everyone still seems to be very mindful of not allowing anything to impeded LaMelo’s progress as a basketballer.”

Ball will make his NBL debut against the Brisbane Bullets on October 6.