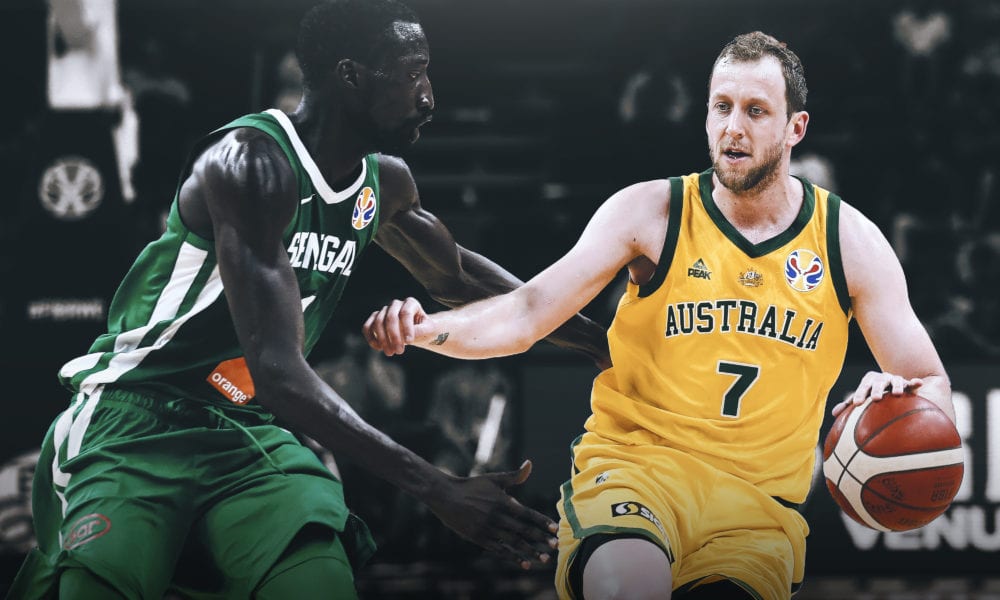 This article is brought to you by Kayo.

With a historic win over Team USA in the rear-view mirror and a maiden tournament medal theoretically on the horizon, the Boomers needed to pummel Senegal to stake their claim as a legitimate World Cup threat.

After all, they were playing the team that was bludgeoned to a pulp by Lithuania just two days earlier.

While the playmaking Joe Ingles was tremendous once more (17 points, 10 rebounds and nine assists) and Patty Mills once again came to the party with 22 points, something was clearly off for the Australians.

They’ll take the win, but it could be their last if they don’t tighten the screws.

Let’s take a look at what went wrong.

Growing complacent is human nature, but not everything that comes naturally is a good thing.

In what appeared to be a classic – and severe – case of playing down to a lesser opponent, Australia just wasn’t switched on for this one.

There was very little purpose in the way they moved, passed and rebounded as they were consistently out-hustled by an inferior team with nothing to lose.

They might not have been able compete skill-wise, but Senegal monstered the half-asleep Australians with their energy and athleticism.

It came as a real shock for the Boomers – a team which has rarely been accused of being overly athletic themselves – and that they needed three and a half quarters to recover.

Senegal played the passing lanes well, crashed the boards like their lives depended on it and forced turnover after turnover.

And speaking of turnovers…

Australia was shockingly careless with the ball, accumulating nine turnovers by half time and 16 before the night was out.

Matthew Dellavedova was guilty of the two most glaring offences, attempting to thread the needle to Andrew Bogut with moments remaining in the second quarter instead of steadying for a high percentage shot, while also firing an almighty yorker into Aron Baynes’ toes in the left corner as the ball trickled out of bounds.

If the Aussies throw the ball away with that kind of frequency against the better offensive teams of the tournament, they will be on a plane home much earlier than they had planned.

When turnovers weren’t killing the Boomers, offensive rebounds were.

Australia gave up eight in the first half and the springy Senegalese had 13 of them by the end of the night.

They say everyone deserves a second chance, but the Aussies handing out 13 of them was overly generous.

If it wasn’t for Senegal shooting at 38% from the field and 23.8% from three, the Boomers would have been toast.

Kayo is the only place to watch every game of the FIBA World Cup live and on demand.