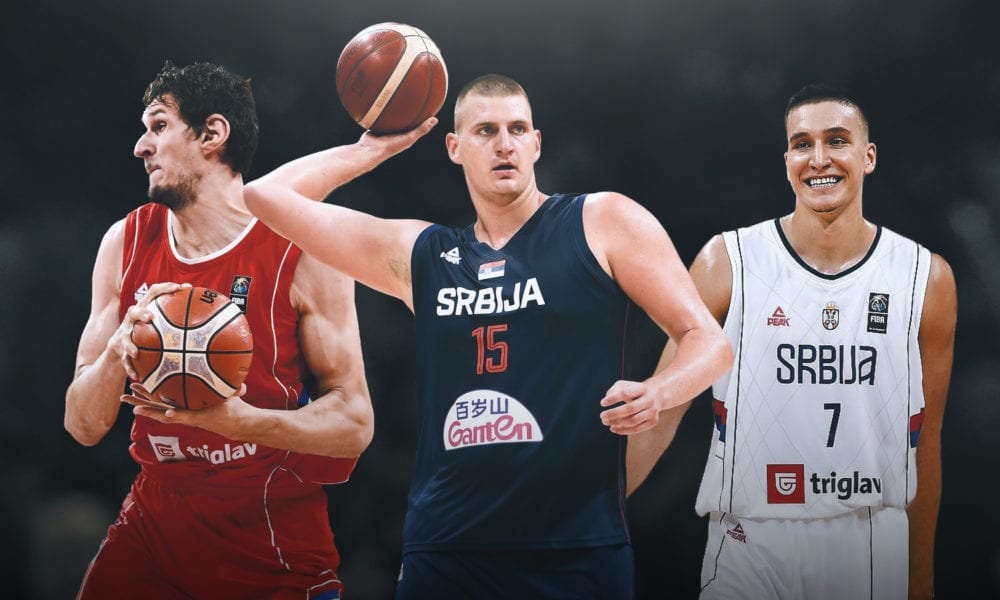 This article is brought to you by Kayo.

Team USA has already lost once in the leadup to the World Cup, but without taking anything away from the Aussie team that conquered them, it’s clearly going to be harder to beat the US once the real games begin.

But if there’s one team that has every chance of slaying the USA and winning the FIBA World Cup, it’s Serbia.

The Serbians gave a loaded Team USA a real scare in the preliminary rounds of the Rio Olympics, before ultimately going down to them in the gold medal match.

They have brought back six of their guys from Rio, while adding three additional NBA players in Nemanja Bjelica, Boban Marjanovic and Marko Guduric.

Serbia will have five NBA players in total – tied with Germany for the most in the tournament, outside of Team USA – when you throw in Nikola Jokic and Bogdan Bogdanovic, and they have some of the best non-NBA talent in the world too.

A couple of players to watch outside of their NBA quintet will be playmaking point guard and former Philadelphia 76ers draft pick Vasilje Micic, and imposing veteran center and team leading scorer in Rio, Miroslav Raduljica.

There’s little doubt that these guys, as well as many of their colleagues, could cut it in the NBA if the opportunity presented itself.

Also working in the Serbians’ favour is the supreme chemistry they have built over time by keeping their core group together.

That is the single biggest advantage they will have over Team USA, who are sending a brand-new squad to the tournament.

And while the US can always try to make up for any chemistry deficiencies with sheer talent, this time around it’s the Serbians who will have the most talented player on the floor in Nikola Jokic.

If there was ever a time for Serbia to strike, it’s now.

Kayo is the only place to watch all 92 games of the FIBA World Cup live and on demand.