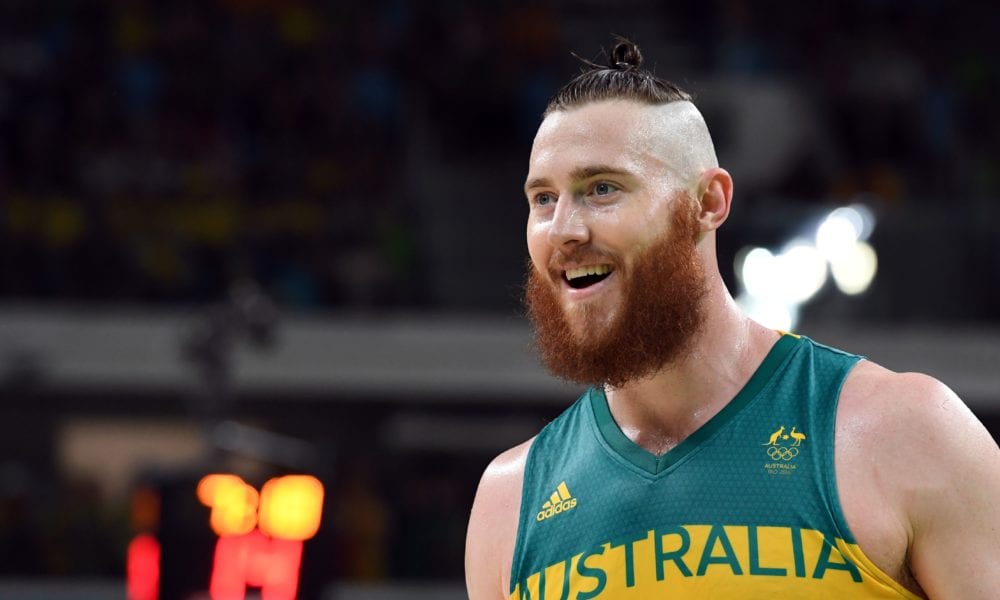 Aron Baynes hears all the talk about Team USA being beatable following mass player withdrawals, but he is urging caution for anyone who’s ready to write them off.

Speaking to Basketball Forever at Throwback store in Sydney’s inner-east, Baynes was quick to point out that not only did the Americans still have plenty of star power, they also had every reason to be more motivated than ever.

“I think with the US team, it’s just a lot of noise from the media,” Baynes said.

“They’re saying they’re not a good team but they’re All-Stars and they’re future All-Stars, so as much as people want to talk about what they’re lacking, they’re still going to be a great team.”

“I think it has put a chip on their shoulder as well.”

The lack of player availability has been a hot topic ahead of the World Cup.

It has become clear that a lot of big names aren’t willing to play in the World Cup before transitioning into the NBA season and then straight into Olympics the following summer.

But Baynes doesn’t see the problem.

“The longer I play, the more I emphasise my recovery,” he said.

“I’m a lot smarter with my body. Over the last couple of years, my body has never felt better… It’s not where it’s degrading by the end of the season.

“I trimmed down by the end of last year and I added muscle, so I know that I can focus on doing the right things and it’s not going to stop me from playing for Australia.”

The other contributing factor here is Baynes’ love of playing for his country.

And with the way the big man approaches his international commitments, the World Cup could be held every year and he would still be there with bells on.

“This is honestly where I have the most fun, playing with my mates and getting to represent my country,” Baynes said.

“I’m not going to give that up.

“Anything I can do over the summer is only going to add to what I can bring to an NBA team as well, so it’s a benefit for both sides.”

Baynes and the Aussies will head into the World Cup with a loaded squad, including six NBA players and all of their biggest names except for Ben Simmons and Dante Exum.

But that doesn’t mean the road ahead will be an easy one.

The Boomers are expecting to be tested right from the get-go, having landed in the same group as Lithuania and Canada.

That makes their upcoming warm-up games against Canada and Team USA – to be played between August 16 and 24 in Perth and Melbourne respectively – all the more important.

“We have to come out ready and swinging,” Baynes said.

“So we’re going to use these preparation games that we have in Australia to our full advantage because we can’t afford to go in there and warm up to it.”