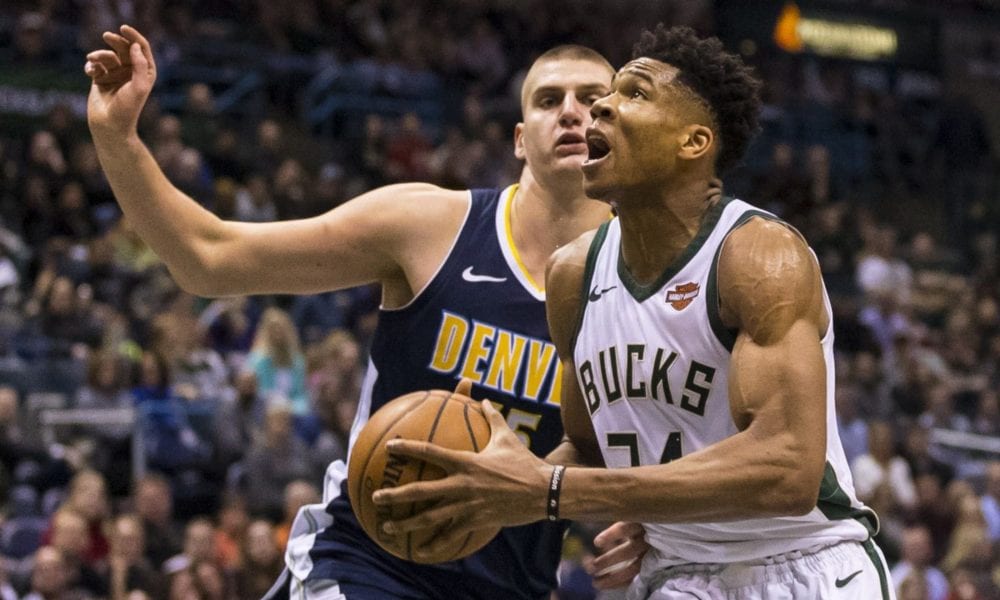 Lately it feels like no one wants to play for Team USA.

But international representation still comes with its perks, one of which is being around the best players in the league, guys you might normally not spend much time with.

And while Michael Jordan famously used his time with the Dream Team to learn about his Olympic teammates in order to destroy them in the NBA, modern players use the opportunity as a networking exercise.

It’s where the seeds are planted not only for friendships, but superteams too.

But it’s also worth considering how this Team USA mingling affects (or doesn’t affect, more to the point) foreign stars like Nikola Jokic and Giannis Antetokounmpo, something which has previously been pointed out by Bucks writers Eric Nehm and Kane Pitman.

Both Giannis and Jokic could use an extra star to push their teams over the edge, but neither has the luxury of getting cosy with guys during Team USA camp.

On the other hand, no one has the opportunity to recruit them either.

That’s music to the ears of Denver and Milwaukee, who like all small market teams, live in fear of their star players eventually bolting for greener pastures.

Combine their semi “unrecruitability” with the fact that Jokic and Antetokounmpo didn’t grow up playing AAU with their NBA competitors, and there appears to be minimal desire to form superteams on their part.

And considering the number of elite foreigners who become Americanised as they move to the States at a young age, the Freaks and Jokers of the world are a rarer breed than ever.

Kevin Durant says the Warriors aren’t to blame for his Achilles injury.

Durant also revealed that he only ever considered the Nets and Warriors in free agency.

Damian Lillard has revealed the cover and track list for his new album.

Kemba Walker is spinning the Team USA withdrawals into a positive.

Marcus Smart will miss the rest of Team USA camp and is out indefinitely with calf tightness.