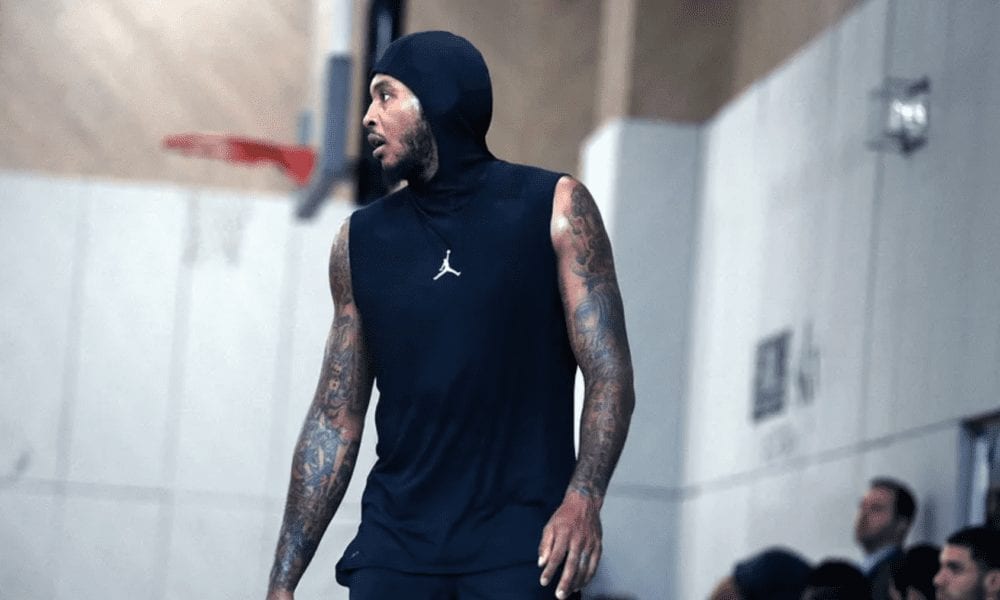 There isn’t much middle ground when it comes to Carmelo Anthony’s public perception.

It seems most people either believe it’s a crime that Anthony isn’t in the NBA, or that he played himself out of the league and everything that followed is his own damn fault.

Most of us are Melo extremists of one kind or another, but there’s certainly a strong case to be made for giving him another shot.

The man can still get buckets

While Anthony’s short-lived stay in Houston was far from perfect, the revisionist historians among us will have you believe his entire Rockets stint was hot garbage.

Check out these four games (of the ten Anthony played in Houston):

This obviously doesn’t take defence into account, but the basics stats alone are enough to debunk the theory that Melo has become a completely useless player.

He won’t give you those numbers every night but he can absolutely be a spark off the bench, and occasionally that spark will light a fire.

That’s solid value for minimum money, even if he only looks like Melo four nights in ten.

Despite common belief, he has adjusted to the modern game

There has been a lot of talk about Anthony refusing to change his mid-range heavy playing style to meet the demands of the modern game.

And once again, all that’s required to debunk such a theory is a quick check of the numbers.

Melo took twice as many threes as midrange jumpers in Houston.

The year before in Oklahoma City, he took more catch-and-shoot jumpers than pull-ups.

It was the first time in five years that he had done so.

He is a great teammate

It’s easy to assume that Anthony – a man who has been depicted as moody and disgruntled in recent years – isn’t an ideal locker room presence.

But the reports from the people around him paint a very different picture.

“He was amazing here, a real teammate and great with the coaches,” one Rockets source told The Athletic. “It’s unfortunate what happened.”

Jump back a few years and when the Knicks were asked for their vote for teammate of the year, guess who their choice was?

It might be time to reconsider how we think about Melo off the court, and by extension, his value as a veteran presence heading into next season.

Related Article:  What’s Going On With Markelle Fultz In Orlando?
-->