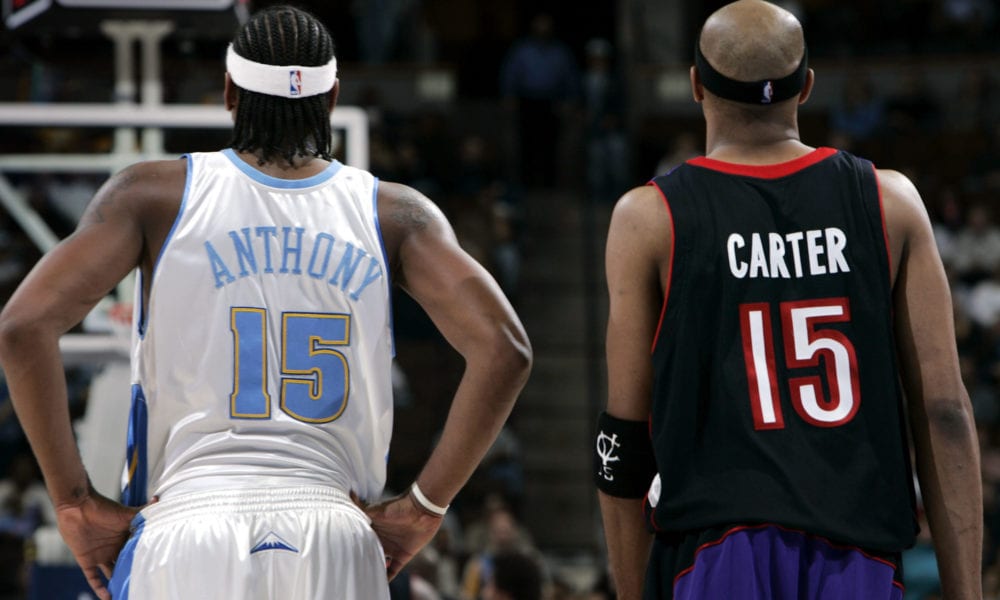 We all have to make certain concessions as we get older.

In the NBA, the sacrifices that come with age often relate to minutes, shots, and the right to start games.

It’s those who adjust accordingly and swallow their pride who survive.

Carmelo Anthony, so far, has not been able to do that.

With any luck, his extended hiatus may have pushed him towards the awakening he needs to resurrect his career.

But if it hasn’t, someone in his circle should remind him of the lessons of Vince Carter.

Carter was always a prideful guy, but when his athleticism diminished relatively early in his career, he knew he needed to make some changes.

Taking smart shots, playing fewer minutes, looking after his body and slotting into a role were all crucial to his professional survival.

He loved hooping too much to flame out an early age and all these years later he is still an affective player at 42.

If Anthony wants to break back into the league as badly as his trainer says he does, Carter is the man to learn from.

The blueprint has been laid out.

Carmelo Anthony’s trainer believes Melo is still better than 70 percent of the players in the NBA.

Zion Williamson is still growing. May God have mercy on us all.

Kemba Walker knows he will always be compared to Kyrie Irving in Boston.

Marcus Smart has defended Kyrie Irving as a teammate, saying he was “misunderstood”.

Anthony Davis says he doesn’t look at his lack of postseason success as a failure.