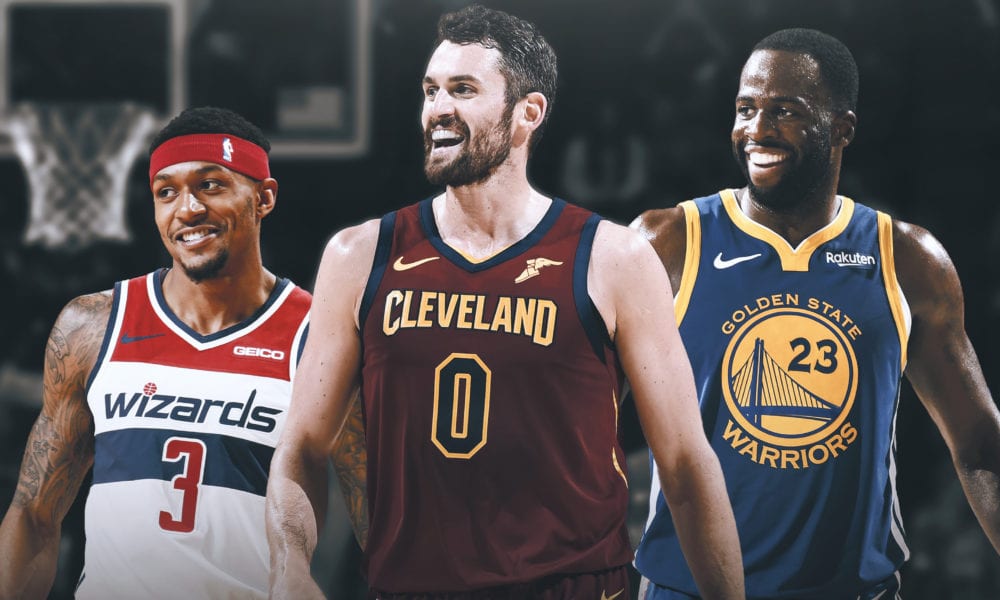 The eye of the free agency storm might have passed, but the NBA rumour mill never stops and neither does player movement.

That is especially the case in 2019, with increasingly empowered/disgruntled players and shorter contracts all playing a role.

It’s only a matter of time before more stars are on the move, and we think we have a pretty good idea of which players might be next.

Beal can enter free agency in two years and according to the Washington Post, there is some scepticism that he will sign the three-year, $111M extension that Washington is expected to slide across table on July 26.

And why would he?

The Wizards are a mess with no conceivable path towards contention, especially with John Wall tearing his Achilles six months after signing a grotesque four-year, $170M extension.

An immediate split would be the best outcome for both Beal and the franchise.

A trade would allow the Wizards to finally move towards the rebuild they need, while also getting fair value in the deal while Beal still has two years left on his contract.

Just don’t be shocked if the Wizards take too long to make a decision.

Kevin Love is injury prone, expensive and not getting any younger.

The problem here is that he is completely out of place on a young, rebuilding Cleveland squad.

And yet, the Cavs remain reluctant to trade him, according to the Cleveland Plain Dealer.

That’s despite ownership paying a luxury tax bill in the midst of a rebuild, with Love being the biggest reason why.

This summer’s King of Instagram would be perfect for numerous contenders looking for a little extra juice in the form of a versatile scoring big man.

Love needs a change of scenery and the Cavs need to complete their teardown.

It’s time to make this happen.

When Green becomes an unrestricted free agent for the first-time next summer, it will be his one and only chance to sign a monstrous contract.

As a result, he won’t be settling for anything less, and neither will his agent Rich Paul.

Green has been the heart and soul of the Warriors for years, but their front office – being the smart bunch that they are – will probably have reservations about giving major money to a 30-year-old who many expect to experience an early decline.

It’s hard to imagine the Warriors without Green, or Green without the Warriors, but that might be a reality we will have to prepare ourselves for in the not-too-distant future.

Oklahoma City has run into a brick wall in its search for a Chris Paul trade, according to Adrian Wojnarowski, but they will almost certainly revisit negotiations closer to the trade deadline.

The rebuilding Thunder have no need for a 34-year-old Paul and he is only in Oklahoma City due to circumstance in the first place.

OKC never specifically wanted Paul, they just wanted the draft assets that Houston was willing to offer for Russell Westbrook, and CP3’s contract just happened to make the numbers work.

This is another impending basketball divorce that needs to be finalised sooner rather than later.

The challenge will be finding someone willing to swallow the three-years, $124 million left on Paul’s contract.